From Hind to Thikra …

IT is on record that the current government is the most floundering and is so hesitant that it is qualified to be included in the Guinness Book of Records in that regard.

The Minister of Finance announced his resignation and later rescinded it. He made a statement to the National Assembly but contradicted it the following day.

The Minister of Interior is no better than his colleague, as he issues a decision one night and cancels it the following morning. Also, the Minister of Health, or rather the entire Council of Ministers, is yet to decide on how to deal with the repercussions of the COVID-19 pandemic.

In contrast, the National Assembly toes the same path with the government as if the two basic constitutional institutions in the country are struck by an infection. The panting lawmakers are seeking political gains for votes, forgetting the legislation. Contradicting each other is the order of the day, thereby they prioritize benefits over people’s affairs.

A clear example of this is the issue of reform of demographics. It seems the government and Parliament know what they want from it.

Whoever has an insight into the proposals for which they are jostling will affirm that they are finding things really difficult. In that aspect specifically, the least that can be said of the proposed drafts is that they emanate from those who do not have knowledge about it, or that it is a mere cut and paste. They are hurriedly put together in order to claim that they have presented something.

Meanwhile, the Public Authority for Manpower seems to be in another world as though it is a country on its own. This is because it did not wait for the law to be promulgated before issuing a decision, followed by another one that contradicted the former, or announcing certain procedures only to revert them later.

Lets take, for instance, the issue of those who can obtain work permits or those who can hold a position in a private company. It did not consider whether it aligns with the law and Constitution; it just interfered in the affairs of the employer and employee by issuing a series of decisions to stop the renewal of work permits for expatriates who are over 60 years old.

This happened at a time when the Ministry of Interior issued a law to make issuance of visas for expatriates almost impossible. Above all this, the government set up a team led by Ahmad Al-Kulaib a few days ago to study the demographics and put down recommendations for its reform, which took Kuwaitis by surprise.

It is evident that the file is the model in vogue while expatriates are the weaker party. We face hot and cold whiff every day, but the reality is that the labor law and the procedures followed in the Ministry of Interior make it easy for visa traders to toy with the societal security in the country.

Before anything else, did the Public Authority for Manpower ensure that the employees get their salaries? Or did they just allow the visa traders to bring the expatriates and throw them onto the street, or even confiscate their ATM cards and give them half of their salary?

The fact is that these human traffickers confiscate the ATM cards of their “employees” and let them starve, compelling them to beg on the streets. We hence witness the increased number of violations and crimes propelled by starvation and injustice.

Whenever we talk about the neighboring countries, the way they have advanced and the level of progress they have made, especially the Kingdom of Saudi Arabia and the United Arab Emirates, we get blamed.

All this happens everytime we attempt to present the way our neighbors have benefitted from expatriates as an additional value by enhancing their economic role and increasing their national production.

There are professions that many nations engage in. For instance, those who built Burj Khalifa in Dubai were expatriates. Dubai airport, rather all the airports in the UAE, were built by expatriates, along with the skyscrapers and roads. All of the manpower work for the government in this regard, and they spend their money in the UAE. Neither random nor impromptu decisions are taken concerning the foreign manpower based on the desire of some MPs.

In the Kingdom of Saudi Arabia, the government decided to reduce the number of unnecessary manpower by imposing charges that cut their number by three million. Subsequently, the move encouraged entrepreneurship, like in Bahrain and Oman, where a foreigner can invest more than 50 percent.

Taking Britain as an example from the Western part of the world, the Britons work in certain professions while jobs in the fields of construction, retail and others are for expatriates who pay taxes, and don’t have to sleep and wake up in fear, like the expatriates in Kuwait.

In Switzerland, the citizens work in industries that manufacture watches and chocolate or in banks and administration, whereas expatriates work in other fields. This country is wealthier than Kuwait and its GDP is $700 billion. The fact is it is not an oil country, but it benefits from investments and the openness of the economy to the world, while its flexible laws reassure the safety of the expatriates.

For nearly four decades, Kuwait’s infrastructure has not been modernized. We have areas with a huge number of potholes on the roads, making them unfit for traffic. The projects related to the oil sector and others, as well as the new housing cities, require laborers. Do you think Kuwaitis will work in these projects? Do we have enough numbers for that?

Instead, what we are doing is pushing people to form a phobia towards the expatriates (xenophobia) who spent 20 to 25 years in this country, spent all their money here, and have their children studying in local institutions; in fact, they are to be considered as indispensable added value.

In addition to that, do you think all the traders and investors who come to invest in Kuwait will have KD 100,000 and a university degree, while the country is socially closed?

When the governments in Saudi Arabia, the UAE and Bahrain felt that their citizens were spending large sums on foreign tourism, they deliberately embarked on social openness and decent entertainment. Indeed, some countries allow liquor, but all decisions issued in Kuwait aim at isolation or transformation of the society into a country of “singles”.

What is needed in this regard is awareness of what serves the country’s interest, stability and future, instead of pushing the country into economic stagnation, and self-detachment.

Demographics is not the cause, but the real problem is in the laws that allow human trafficking. Because the government and the National Assembly will not recognize this and submit to the truth, they will remain – as the adage puts it – someone stranded between two mosques but returning home without praying. 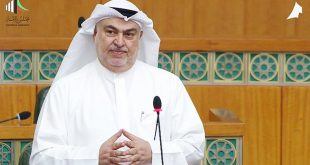 Quotas on jobs, not nationalities