WHEN Doha became the capital of joy, as far as the house of the Gulf Cooperation Council (GCC) is concerned, and when Bahrain’s national football team were crowned champions of the 24th Arabian Gulf Cup for the first time in its history, such a special occasion represents a new beginning in the relations among the GCC countries based on what was seen from majority of the football fans and youth who attended the matches.

They came carrying the GCC vision and aspirations of what the future of GCC should be like, and interpreted them in the Qatari capital Doha, which became an oasis for everyone to meet for the sake of this dream.

In the past few years, there have been discord between Bahrain and Qatar. This discord – a “Khaleeji” discord – led to division at some point due to political disparage. However, when it came to the youth, they had a different idea compared to the opinion of their governments.

The fruits of many peace initiatives starting to appear successful during sporting activities. We have a historical lesson in this regard. The relations between China and the United States of America opened up after a table tennis “ping-pong” match, leading to establishment of this type of policy by that title.

There is no doubt that the presence of the Qatari Amir in most of the matches, and the joy expressed when he handed the cup to the captain of Bahrain’s national football team, is a great indication that times have changed. This, along with the fact that the GCC summit is being held in Riyadh today and the news that preceded all the GCC nationals about Qatar’s participation in it at the highest level, means that the days of discord has ended, and all of the GCC states will return to one tone.

We have to admit that the GCC states in the coming phase will be involved in several historic engagements such as the 20th G20 Summit hosted by the Saudi capital and its significant implications, the international “Expo” exhibition to be held in Dubai after some months, and the World Cup 2022 in Qatar.

The aforementioned three events have to occur when the GCC political language is one, expressing the aspirations of its people.

There are young leaders within the GCC community who sincerely express the aspirations of a large percentage of the youth.

In Qatar where the vibrant and active Amir Sheikh Tamim bin Hamad Al-Thani brought together the GCC youth in Doha on the basis of peace and love.

In the Kingdom of Saudi Arabia the Crown Prince Mohammed bin Salman is implementing the experience of his father, King Salman bin Abdulaziz, in consolidating the modern state.

In fact, in all of these three countries, the young leadership is interpreting the vision of their generation under the supervision of the wisdom of the veteran leaders of the region.

Some of the Qatari friends quoted His Highness the Amir of Qatar Sheikh Tamim bin Hamad Al-Thani as saying his country’s goal is to protect the freedom and liberty of people, and it is imperative to acknowledge that the highest level of people’s freedom and liberty is to be able to express themselves, their hopes and aspirations.

In this last GCC joyous occasion, His Highness Sheikh Tamim interpreted his motto. All the young people who visited Doha recently came back with one wish – the life they experienced during the Arabian Gulf Cup tournament should resonate at the GCC Summit due to the fact that it would be different by all standards and would kick off a new GCC era. 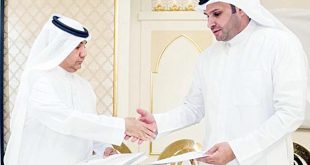