The sources asked the concerned authorities to monitor the delivery sector, due to support dozens of Kuwaiti employees who may suspend their work directly or gradually in the coming period, according to the merger’s path.

The sources laid their concern about the move to include Carriage in “Talabat” and its potential effects in the restaurant sector in Kuwait, especially since many small and medium-sized business owners invest in this vital sector, which is of great economic importance, and affects the future of the business of a wide segment of young people especially at a time when it was rumored that the Carriage operations in Kuwait would be totally stopped during the coming period.

The sources pointed the most prominent effects, as follows:

1- Cutting the lives of dozens of Kuwaiti employees who played a role in the start and expansion of Carriage’s operations in Kuwait. Today, they do not know the fate of their career.

2- Fears of confusion, may occur as a result of the combination of the two applications and their impact on the operations of restaurants.

3- The possibility of a significant number of restaurant owners defaulting on loan payments due to them, especially since most of them have built their business models on Carriage application services and the benefits that they believed would contribute to maximizing their profits and expanding their activities.

4- Difficulty in moving restaurants from one platform to another, and increasing competition within the different categories of restaurants for a single application.

5- The return of the monopoly to the delivery market, and its negative repercussions on increasing the customer’s bill and draining the revenue of restaurant owners.

Sources said that the “Delivery Hero” company announced layoffs of 24 Bahraini employees who were working in Carriage – Bahrain, this comes after Carriage’s operations were included in the “Talabat” platform.

Sources said to the Bahraini newspaper “Al-Bilad” that the company’s decision to dispense with services after the employees came because the company was unable to absorb them all after unifying the operations, and indicated that some of them preferred not to move.

It should be noted that the German “Delivery Hero” company had previously decided to unify its operations in the Middle East, and included the “Carriage” company operations to “Talabat”, and other brands of “Delivery Hero”, and gradually in the region, including Kuwait.

“Delivery Hero” explained that starting next Sunday, the “Carriage App” will be run gradually by managing orders in a number of markets according to the schedule set for that. sources said this cooperation supports partner restaurants, facilitates their immediate access to a broader customer base, makes the process, delivery of orders to millions of customers, easier, and has better support.

As per Carriage CEO ,Bader Al Ajeel the total number of Carriage employees in Kuwait is 259 employees.124 were retained by Talabat out of which 20 are Kuwaiti employees.

The remaining 135 were not retained and none of them are Kuwaitis.

The total number of restaurants that have more than 25 orders per month on Carriage app in Kuwait is around1,300.

Almost 800 restaurants are now on both Carriage and Talabat apps. While around 500 are not live on Talabat yet, the team is working on getting them on board in the coming weeks.

“ This decision was beyond us, however what I can say is that it has been a great journey. We have grown from strength to strength across all operational markets, led on new innovations and built a strong foundation for Delivery Hero brands to drive the future of the food delivery industry.

We have built a great product, an intuitive app and I am really proud of everything we have built. To name just a few things: Carriage Black, onboarding over 1000 partners monthly, and launching new global products. I am sure I will see a lot of Carriage DNA across all DH brands in the region.” 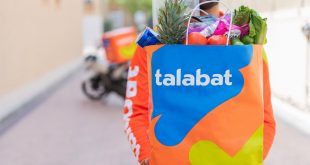 Sales in cooperative societies down by 25% KUWAIT CITY, April 1: Officials from a number …