KUWAIT CITY, Nov 20: The Ministry of Interior, represented by the Residency Affairs Sector, will issue instructions within the next few days to resume the issuance of family visas, reports Al-Rai daily quoting informed security sources.

They indicated that, “The first stage will cover children, after which the process of allowing wives, mothers and fathers to join their families in the country will gradually begin, based on the criteria to be determined by the ministry.” The salary cap of sponsor should be KD 500 per/month.

The sources explained that such a step comes after the suspension of the issuance of visas for a specific period within the framework of the Ministry of Interior’s keenness to set specific controls and procedures in this regard in a way that harmonizes efforts to modify the demographics and preserve the rights of residents to reunite with their families according to specific controls.

The source stated that the salary cap for infants and for humanitarian considerations is not applied, the timing of the opening of visit and the dependent visas and others is not known, and if the salary condition will change, especially since there is a study that was submitted according to which it is raised salary cap.

Earlier, the Ministry of Interior had stopped receiving visa requests for dependent visa, many expat families faced a problem in bringing their children who were born in their home countries or due to the the loss of residency or due to the renewal of passports. 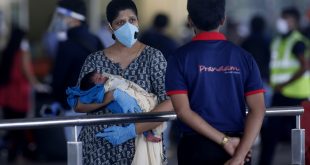