KUWAIT CITY, Jan 12: Believe it or not …. marginal workers are running unlicensed clinics and fake doctors are performing plastic surgery in Kuwait, reports Al-Qabas daily. This is what the daily recently observed in a number of residential areas. Although these violations have been repeated for some time and are being monitored by the relevant government agencies, which have closed down some unlicensed medical clinics, the phenomenon continues, and has even increased significantly in recent times.

After the concerned authorities discovered nine violating women’s clinics and institutes last week, strange details were revealed during investigations, as it was found that these clinics and institutes perform plastic surgery on mostly women and sometimes on men. Many of those who underwent these operations fell victim to fake doctors’ scalpels, exposing themselves to serious health problems. According to informed sources, the situation with plastic surgery in non-specialized clinics can be described as a serious matter and should not be tolerated by the concerned authorities. Following an extensive tour by the inspection teams of the tripartite committee recently, dozens of marginal workers were arrested for committing violations in medical clinics and salons, and even in specialized hospitals.

The violations do not stop with the opening of clinics without licenses. There are facilities that operate according to commercial licenses and provide specialized medical services, but are run by workers in violation of the labor law. Expatriates have been arrested for violating the residency law by working in customer and reception services and practicing plastic surgery.

According to an official source from the tripartite committee, the clinics practice plastic surgery mostly on the face, chest and buttocks, They use workers who hold Article 20 work permits (domestic labor) to carry out injections or provide nursing services during the cosmetic operation. Clinics inside famous medical centers were raided, and some others that did not carry any signs. Patients were found inside treatment rooms with domestic workers who provide treatment services such as physical treatment or cosmetic, and even laser treatments without the presence of a doctor.

During one of the tours, a clinic in Salmiya area was raided and a Russian girl was found wearing doctor’s clothes. When they checked her identification documents, it was found that she entered the country on a commercial visit visa, and did not hold any medical certificate. It was also discovered that she was a professional in providing hair treatment services. Legal measures have been taken against her.

Also, about ten workers were transferred from that clinic to the residency affairs investigations department to follow up on legal procedures for violating the labor and residency laws. The daily monitored advertisements on social media for plastic surgery to restore youth and skin freshness for women, at a low price ranging between KD 80 and 120. In this regard, consultant dermatologist and cosmetologist Abdulaziz Al-Rashed warned against performing plastic surgery in unlicensed medical centers, institutes and clinics. He stressed that non-specialists perform these operations incorrectly, which in turn lead to serious health risks. Al-Rashed indicated that wrong substances used to inject on the face may affect the person, and even cause blindness.

He said, “In the last five years, we have witnessed a significant increase in the rate of patients who visit specialized clinics due to injuries on their cheeks, lips, and under the eyes because of wrong use of the injected materials. In some cases, specialist doctors resort to surgery to treat such problems. Fillers and Botox are used by non-specialists in women’s salons or institutes. Young girls often resort to them to save sums of money, but in return, they expose themselves to many health risks that we see daily when studying patients”. Al-Rashed stressed that doctors in this field know well the area where such injections can be used, or the operations can be performed without causing harm. He added, “Do not gamble with your health and place your body in the hands of non-specialists”. 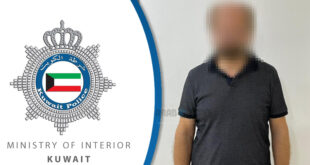 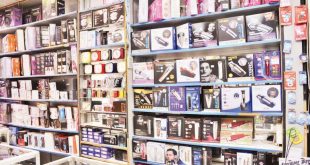 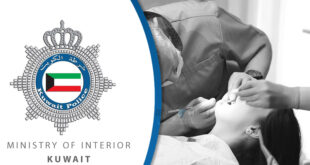 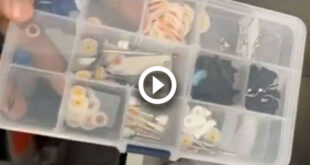 This post has been read 31703 times! KUWAIT CITY, May 2: A Bangladeshi expatriate was …