KUWAIT CITY, Nov 13: The Interior Ministry will organize security campaigns in all regions of Kuwait, with the aim of flushing out illegal residents (those staying illegally without residence permit) saying at the moment there are about 160,000 residents who have not taken advantage of amnesty periods, reports Al- Rai daily. The daily quoting ministry sources said there is no intention to grant more amnesty for the residence law violators to leave the country without paying fines.

The Ministry said, ample time was given for this category of people to leave the country at the height of the Covid-19 pandemic in addition to 4 other different deadlines issued earlier during which time the ‘illegals’ could either rectify their situations and leave the country without paying fines, but only a few took the advantage. The daily said falling in the category of illegal residents are also people who entered the country on visit visas but have not left the country after the stipulated time limit.

If an illegal resident is caught, he/she is fingerprinted and deported and in this case the person cannot enter any of the GCC countries for five years. It is noteworthy to mention that the Department of Deportation and Temporary Detention Affairs in the General Administration of Correctional Institutions had expelled 426 violators between March 3 and March 11 this year made up of 287 men and 139 women.

The residency affairs departments in the six governorates have received verbal orders to stop all transactions related to Sudanese nationality, until further notice, thus raising the number of nationalities prohibited from entering Kuwait without security approvals to 8 – the Lebanese, the Syrians, the Iraqis, the Pakistanis, Iranians, Afghans, Yemenis and the Sudanese, reports Al-Qabas daily. Senior security sources told the daily the internal disturbances in Sudan are behind this procedure, noting that the procedures related to the Sudanese community, are related to all types of visits, family, tourism, private and commercial, or joining a family on various types of visas.

The sources indicated that this procedure is followed by the Interior Ministry in cases when the banned countries witness internal unrest and demonstrations and the purpose of the ban is to prevent them from escaping their country and entering Kuwait on the strength of visit visas, particularly since some of them may be wanted in their respective countries. The sources confirmed that the Sudanese who have Kuwait residence permits are not included in the decision, and they have the right to return to the country, and they have the right to renew their residence permits.

The First Administrative Department of the High Court issued a ruling to cancel Resolution No. 27 of 2021 issued by the Director-General of the Public Authority for Manpower to issue a list of rules and procedures for granting work permits with the ensuing effects, reports Al-Rai daily. This ruling came after a member of the Kuwaiti Entrepreneurs Association, Abdullah Al-Ajmi, in his capacity as an employer, filed a lawsuit demanding the cancellation of the aforementioned decision, indicating that it directly affected him. 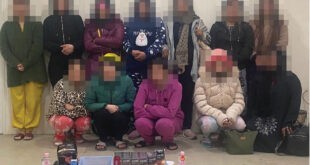 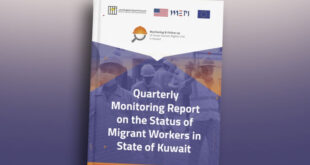 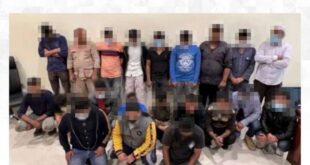