KUWAIT CITY, Feb 4: Amid the refusal of Ministry of Education and Higher Education and concerned government agencies to execute court rulings in favor of expatriate teachers over their housing allowance, teachers have been considering presenting a grievance to the International Labor Organization or concerned courts. A source said the teachers may soon present their plight to the international community in the form of lawsuits demanding equal treatment with their Kuwaiti counterparts, as they are not comfortable with the disparity and discriminative treatment.

They demanded refund of their allowances and bonuses unpaid from 1991 to 2017. The same source disclosed that 100 cases have been filed over the deduction of KD 90 housing allowance since Dec 2016.

He added the teachers have since submitted 8,000 petitions to the ministry over the same case and verbal responses from officials are good, but there is no concrete action to back it up. He added some teachers have won almost 120 cases at the Court of Instance for housing allowance in retroactive payment since 2011, and with three other cases at the Court of Appeals.

Meanwhile, 65 teachers seconded from the Ministry of Education to Public Authority for Applied Education and Training (PAAET) have filed lawsuit against the Secretariat Institute and Library Administration over late payment of salaries to 2000 teachers for nearly three years. Sources said the period covers four semesters from 2014 to 2017 and 36 teachers also petitioned the Director General of the institute Dr Ahmad Al-Athari over failure to pay their entitlements within three years.

Meanwhile, Dean of Admission and Registration at Kuwait University Dr Adel Malallah revealed that the university has started preparing for admitting new students in the next academic year such that the deanship has been contacting all colleges regarding their admission policies for the academic year, reports Al-Rai daily.

Revealed
Dr Malallah revealed this during a recent tour of the Admission and Registration Hall in Shuwaikh. He declared that many of the colleges have responded to the request and others will soon forward their responses, affirming that all responses will be reviewed to form the basis for the university admission policy in general. Dr Malallah explained that a meeting was held with the Minister of Education and Higher Education who indicated his intention to hold a coordinating meeting with all relevant tertiary institutions.

Such a meeting will facilitate in knowing the admission capacity of each institution and the expected number of secondary school graduates based on which a reasonable plan can be laid down. He stressed that the registration activities for the second semester started on January 22 and a special mechanism for graduating students has been allotted. The collated list of graduating students for the second and summer semesters put the number at 7129 students of both genders. Dr Malallah assured that the sector is working hard to prevent the congestion that is usually witnessed during registration period. 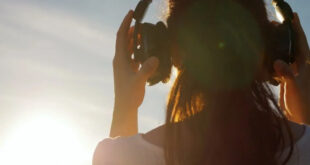 This post has been read 4897 times! KUWAIT CITY, Dec 4: The Ministry of Education …