IN anticipation of a gas shortage in the coming winter months in Europe, the International Energy Agency (IEA) has urged Russia to increase the gas supply to Europe to avoid any gas shortage. There is no simple answer to the sudden increase in the supply or any reason for the surge in the demand for gas in Europe. Is it because of the switch to alternative user-friendly green energy and the aim to achieve a comfortable acceptable level of CO2 within the global standard? Russia supplies about 45 percent of the gas needs in Europe and has a good grip on the market. It also has its own interest in increasing gas supply, but it is also conditional as it is waiting for approval to start the Nord Stream 2 pipeline, which extends from Russia to Germany and was recently completed. The US is against it, which perhaps could be to avoid more Russian influence in Europe especially Ukraine and Germany.

The less supply could be aimed just to impose pressure on the EU to expedite the issuance of its decision for approval to start the pipeline. This is not to the USA’s liking especially with its lesser influence. The USA can’t do much to ease the gas situation for its European allies, as there is a demand for increased supply and the call for more gas pipelines. In this regard, Russia is in charge and in a dominant position, as some countries depend by more than 90 percent on Russian supply. There is no easy solution at hand in this regard.

The shutting down of a gas field because of environmental concerns simply pushed gas prices to a record high of $84 – a price not seen since 2013 and it is six times higher than the price last year. Part of the shortage is due to the carbon tax which is aimed to discourage fossil fuels, which is backfiring in a big way. Denmark is committed to stop pumping oil and gas by 2050. The Netherlands is shutting down its gas field because of public pressure, with earthquakes being the main reason. The USA sending cargoes of gas to Europe will eventually cost American consumers higher, as a surge in the oil prices is not enough, which will hit the gasoline pumps immediately. Europe better give in to Russia’s demand and approve the Nord Stream 2 Pipeline. IEA’s call for more Russian supply will be met with deaf ears if Germany and its European partners do not reach some sort of compromise. The USA, on the other hand, can’t do much to help. Gas supply is under the Russian orbit. 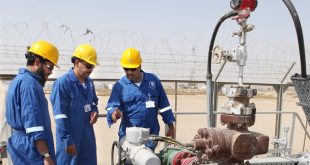 Kuwait crude production on the decline! Can we stem it?

We should not be overtaken by the recent surge in oil prices, which is hitting …