KUWAIT CITY, Oct 24: A Kuwaiti citizen told the daily that his ten-year old son was beaten in public by his classmate’s father in front of the gate of his school which is affiliated to Ahmadi Educational Zone, reports Al-Rai daily.

He urged Minister of Education and Higher Education Dr Hamid Al-Azmi to intervene in this matter and ensure his son’s rights are not violated.

The citizen explained that his son was being bullied, harassed and beaten by his classmate, which led him to lodge a complaint with the school administration and the school’s counselor, pleading with them to settle the issue and stop his classmate from harassing him.

However, that student did not mend his ways and instead tore the textbook of his son. He again met the school counselor to report the incident, and also informed the teacher of the subject, the textbook of which was torn, and the teacher promised to give his son full marks.

Few days after the incident of tearing the textbook, his son was kicked by the bullying student and punched by his father in front of teachers outside the school. His son was taken to Adan Hospital where he obtained a medical report which confirmed that he was beaten.

The citizen urged the concerned educational authorities to intervene in this matter and put an end to bullying in schools.

Meanwhile, The Consultancy and Training Office of the College of Arts at Kuwait University, in collaboration with the Department of French Language, recently organized a training workshop titled “Phonetics”, which was presented by Dr Khaloud Al-Saleh.

According to a press release issued by Kuwait University, the program of the workshop focused on the difficulties in pronouncing certain passive alphabets and nasal vowels which majority of students did not learn in public schools.

The workshop highlighted the need to regularly train students about phonetics that are difficult for them to pronounce through sentences in simple dialogues. 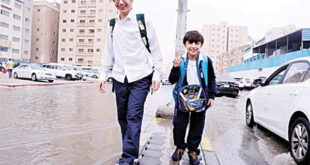 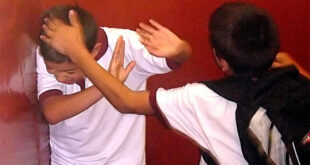