Elon Musk Twitter acquisition and its impact on free speech

In the Middle East, free speech is poorly protected. Thousands of citizens in the Arab world have been prosecuted due to something they wrote online. GCC and Kuwait are still operating as if in the Middle Ages, and people can be jailed for something they express in a tweet.

According to official statistics from the Kuwaiti prosecution department, 3,143 such cases were investigated in 2016, 80% of which were related to social media. In 2021, the number of total cases was 2,205, according to the prosecution announcement in KUNA on 21 February 2022. Although lower, this figure is still a significant amount. Social media users are prosecuted for many reasons, including defaming, posting rumours, harming relations between Kuwait and other countries, tweeting or posting what might be considered a violation of public morals and ethics, and infringement of the dignity or religious beliefs of others. These are crimes under Kuwaiti law which lead to fines and/ or prison sentences ranging from 1 year to 15 years!

I have been asked frequently how Elon Musk’s acquisition of Twitter would affect freedom of expression in the region. To answer this question, the concept of acquisition must first be explored to understand the impact of his takeover on free speech.

From a legal perspective, an acquisition is an attempt or offer to own shares of a listed company. It leads to controlling the entity and thus controlling the company’s strategy and decisions. Musk acquired about 9.2% of Twitter shares, then submitted an offer to take over the entire company. He provided adequate information regarding his bid and how the offer would be financed. If the bid moved forward, his vision of Twitter would be adopted.

What caught people’s attention was his vision of protecting free speech and curbing censorship by reducing content moderation. He proposed new features for Twitter users, such as the possibility of modifying a posted tweet. Such a proposal makes criminal convictions more difficult. Previously, prosecutors could deal with the problem caused by deleted tweets by taking a screenshot of the tweet while it was still available and providing witnesses against the user.

However, if tweets could be amended, they would still be live but with different content. This would cause a greater challenge in terms of criminal evidence from a technical point of view, as criminal law cases depend upon the strength and admissibility of evidence. Doubts would increase regarding the originality of the evidence.

However, such difficulty would enhance freedoms. An optimistic view,and the real issue, is the level of government censorship of free speech. People have become silent in their dissent while, in the words of Musk himself, “Free speech is the bedrock of a functioning democracy, and Twitter is the digital town square where matters vital to the future of humanity are debated.” 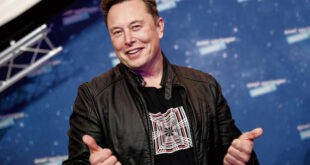