Needless to say that the death of Queen Elizabeth II – Queen and England and beyond – is the number one event occupying headline news all over the world this week. The late queen was a monarch of caliber and fame throughout the globe.

As usual, the death of the Queen stirred different topics of debate in the Arab world. Topics that are hardly discussed in other parts of the planet earth. Some debated whether we should say “bless her soul” – as prayers and wishes of blessings are exclusive to Moslems only! Others dug deep into her roots and DNA of Her Majesty: Was she an Arab from the same tribe as Mohammad the Prophet?

Followers of political Islamic parties in Kuwait brought about to the event the colonial past of the Queen’s long gone empire. They have overlooked her role in preserving the throne and the aura she rendered to the royal family. She contributed immensely to the prosperity, stability and progress of her country during her reign. Some of these Islamists have studied in the UK, visited, sought medical help and even own properties there. Islamists in Kuwait have largely ignored the special relationship between their country and the queen’s. They remind everyone of the Belfour Declaration, the downing of the Ottoman Empire and the British occupation of India. Islamists in Kuwait have completely forgotten the decisive British military role in liberating their country from a brotherly, Arab and Moslim neighbor in 1990. But even before that, it slipped their mind the intrepid role Her Majesty’s government adopted in the face of Iraqi threats against their country back in 1961. Their oversight travels beyond their national and patriotic interests.

They dream of the Caliphate and/or the Vilayet clergy state of Iranian model.

On the other hand, the Israelis viewed the legacy of Queen Elizabeth II through the binoculars of her position towards their country; Israel. The liberal daily Haaretz headline last Friday read as follows:

Over 120 countries, but Never Israel: Queen Elizabeth II’s “Unofficial Boycott”. The paper described her position as unfriendly towards Israel: “In her 70-year reign, Queen Elizabeth II crisscrossed the globe, but purposely skipped Israel. In 1984, during a visit to Jordan, she found the settlements “depressing” and the Air Force’s planes frightening”.

I participated in a number of media events and interviews regarding the Queen’s death. I focused my intakes on the “special” (to use the American adjective in describing their relationship with the UK) relationship between the UK and my country; Kuwait. I pointed out two distinct historic events. Namely; the strong British opposition against the threats of Brigadier AbdulKarim Qassim of Iraq to invade and annex Kuwait back in 1961. And the British second largest foreign military participation in the liberation of Kuwait in 1991. Saddam Hussein, the then president of Iraq, invaded and occupied my country in 1990. The British diplomatic, political and military role in the liberation of Kuwait was remarkable. Before the onset of “Operation Desert Storm”, i.e. the liberation war of Kuwait, British public opinion was divided over siding with what was right, or abandoning an “Arab petroleum Sheikhdom” to its fate; thus not interfering in Arab affairs and internal wars. However, in Her Majesty’s annual Christmas address of 1990, she hailed the British soldiers on the frontline on the border between Kuwait and Saudi Arabia, and emphasized the importance of deterring evil and standing with the Kuwaiti right. That historic parole of hers at the time swung the public opinion towards solidarity with Kuwait in the face of the British left’s propaganda aided with an Arab lobby in the UK warning of meddling into Arab matters.

“The invasion of Kuwait was an example on an international scale of an evil which has beset us at different levels in recent years – attempts by ruthless people to impose their will on the peaceable majority,” she said in Her address.

She added: “I, like many others, was much heartened by the virtually unanimous opposition of the international community to the unprovoked invasion of Kuwait, and by the speed with which moves were made to try to relieve the plight of the innocent victims.”

When I met her in Buckenham Palace in 1997 in my capacity as a director of Kuwait Information Center in London, I expressed my gratitude for her words on that Christmas evening of 1990. I thanked her for what she said about Kuwait during our “darkest hours”- deliberately using the term used by Her first Prime Minister, Winston Churchill. Her Majesty nodded with a smile and said: “I said what was supposed to be said”.

Thank you Your Majesty from Kuwait. Rest in eternal peace. 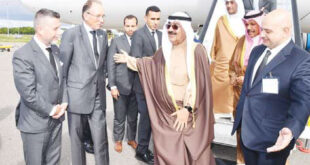 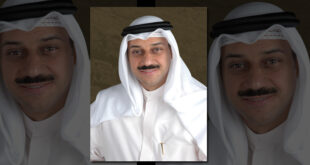 Elizabeth II was born to be a Queen 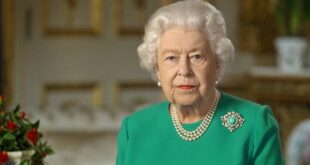 This post has been read 14699 times! UNDOUBTEDLY, it is agonizing for Kuwaiti retirees who …