DAY after day, the horizon is getting darker and darker. Darkness covers the national will that seeks to find a solution that will stop this political dust storm, which is heavy on the nation’s lungs and has nearly afflicted it with a chronic disease.

This disease can only be avoided by reviewing the democratic experience of the past six decades to the present day, and benefiting from the lessons of the crises this country suffered. This is because each team is entrenched behind the illusions of victory when in reality the actual losers are the common citizens as well as Kuwait. This means more crises that will remain unsolved because the intentions are not pure.

When the Constituent Assembly began preparing the constitution, the members sought to strip the ruling family of most of its powers and privileges, and besiege the government within specific frameworks that could not enable it to exercise its correct role. This led to an imbalance between the two shoulders in managing the country, and resulted eventually in the 1963 crisis. The problems between the legislative authority and its executive counterpart followed, sparking the 1967 election crisis, which was followed by another one in 1976 in which the National Assembly was dissolved in an unconstitutional manner.

However, the suspension of some articles of the constitution was not sufficient to reorganize and restructure the relations between the two decision-making wings (the government and the parliament) such that the government collided again with the opposition and it led to the dissolution of the legislative authority in 1986.

This scene is similar to what we are experiencing today with the parliament shelling out interpellations against the Prime Minister and his team without taking into consideration the least amount of risks experienced in any of the past crises.

In all these stations, the government was conceding more and more to the enemies of joy – the Muslim Brotherhood Group and others who stubbornly sought to impose their will on the nation – until they were able to form a representative majority in more than one parliament. They were able to control the financial, economic, political and social joints of the state. They continue to have the upper hand in the investments that they direct for their interests, and so they have enacted laws that shape the society according to their desires.

The government was unable to confront them, despite their deviation from the proper course of decision making, which led to the current situation that has worsened with the failure to address the COVID-19 pandemic and its financial and economic repercussions.

The state seems unable to cushion its people at a time when donations and loans are being distributed to 170 countries. It continues to announce the provision of aid to the Palestinians and the organizations in Gaza and take extreme political positions in this regard in contrast to the global political mood, while it is miserly towards the Kuwaiti citizens. It seems as if it is a spring that nourishes those who are far while those close to it die of thirst.

Unfortunately, this policy is the natural result of the enemies of joy controlling the joints of the state, while the government keeps on justifying its position with a single chorus – “The parliament did not approve those laws and decisions that stimulate the national economy”. The fact that they spend generously abroad increases the popular resentment against the executive authority.

In conclusion, what we are witnessing today is the natural result of all these piled-up unresolved issues. If the state does not take the initiative to solve the internal dilemma, the popular anger will expand further.

I believe that the first steps in the solution are to reconsider the constitution, reform the relationship between the two authorities, and restore prestige to the ruling family.

Last but not the least, the state should suspend the financial generosity it shows abroad and instead turn inward, as Kuwait has much good in it but it is not unable to help its own people. 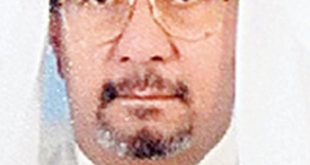