KUWAIT CITY, Aug 4: “We will have to drop non-Kuwaiti passengers onboard this plane … We apologize for this exceptional circumstance beyond our control … Thank you for your understanding.”

The faces of the Egyptian passengers onboard dropped after hearing these words from the captain, who read out the Kuwaiti authorities’ decision to prevent citizens of 31 countries from travelling to Kuwait, including Egypt – minutes before the plane took off from the Cairo International Airport, reports Al-Qabas daily. Before returning to their homes again, the passengers who got off the plane expressed shock and displeasure, stressing they did not object to any sovereign decision of Kuwait since it is their right to take the precautionary measures as deemed fit but they should have been informed of the decision long enough before traveling to make them adjust their conditions, noting that getting them off the aircraft was not appropriate for the humanitarian Kuwait.

The passengers lamented losses they’ve incurred due to this sudden decision, noting that some of them had families in Kuwait and that some governmental and private business entities summoned them to return after the Cabinet announced that they would allow their return to Kuwait.

Examination
The travellers conducted the PCR examination and obtained the required certificate, “so if concerned authorities are not convinced of the certificates, why did they confirm them from the ground up and what is the reason for canceling their travel at the last minute, just before take off?” They affirmed that if they were asked to be re-examined in Kuwait at their own expenses, it would be much better than preventing them from returning to their families and businesses.

Dr Muhammad Khalifa, one of the passengers on the plane whose dreams of returning to his family after 5 months of absence were shattered, said, “I used the days and nights to prepare for my return to Kuwait just to meet my wife and daughter, and because of the circumstances of the airport closures, I could not return, and was suspended for 5 months”.

Khalifa ended his speech by saying: I respect the decision of Kuwait, as every country has the right to take any measures, but the problem is in the timing of informing us. I cannot imagine the feeling of my daughter and wife waiting for me at the airport eagerly and then returning home without me! Iman Mahmoud, one of the female passengers who was taken off the plane, declared that she traveled to Cairo as she had to attend the condolences of her father, so she left her husband and her young children with the husband, but the airport was closed before she could return in March. Her family then suffered because she was not with them, especially the children, more so that one of them has special needs. Iman continued: Until now, we can not believe what happened after we were disembarked from a plane that was heading to Kuwait. May Fouda said she waited for her husband at Kuwait International Airport for almost 8 hours, in anticipation of his return from Cairo, but the joy did not take place. She disclosed: “After waiting for long hours, my husband called and informed me that he would not be able to return”.

As for Mohamed Hisham, he traveled to Egypt to marry in March and he was unable to return after the airspace was suspended. He was among the first to return on a flight to Kuwait, but the sudden decision of Kuwaiti Civil Aviation Authority was faster than the plane that was preparing to take off. Hisham said: “I cannot comment on a decision that is within the jurisdiction of the state, but what I cannot understand is how to take it.” Reham Mostafa, student of an Egyptian university, was also unlucky to join her family after she finished her exam and she was part of the trip that was not written to be among her passengers. She said: “I used to go back to Kuwait during the summer vacation to meet my family after a year of study. I finished the school year but due to the circumstances of the outbreak of the virus and the state of general closure, I was delayed returning to Kuwait for the first time since I went to study in Egypt.”

Shock
She continued: “When announcing the resumption of commercial fl ights, I spared no effort in following all the required procedures and prepared everything as announced. Indeed things went well, so I was the happiest person while sitting in the plane before we all fell into a state of shock by the message from the captain of the plane who asked the Egyptian passengers to disembark based on the new health authorities’ decisions”.

An official source at the Egyptian Ministry of Civil Aviation informed “it was very unusual disembarking the plane’s passengers minutes before take-off”. He added “the activities of aviation sector always witness a lot of difficult situations, but what happened in the plane heading to Kuwait was a rare case that caused heavy airline losses”.

A security source at the Cairo International Airport said the passengers of the plane had lodged complaints with competent security authorities to prove a case of disembarking Egyptian passengers from the plane moments before take-off. The source added: This communication is a necessary procedure in such cases to ensure that passengers get their legal and material rights, and also to prove they are harmed by the incident.

Share
Previous Scenario at fish market not promising
Next Over 200,000 leave Kuwait 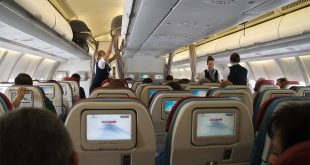 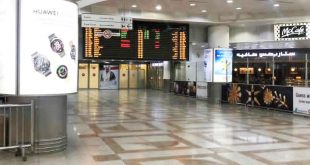 Limited seats and cancellations by airlines

KUWAIT CITY, Jan 24: After the decision to reduce passengers coming to Kuwait by setting …