KUWAIT CITY, Aug 3 : The Egyptian security forces have arrested a young man who published a provocative video clip calling for the burning of the Kuwaiti flag, reports Al-Rai daily.

The Egyptian later apologized for his action, saying it did not mean anything. He said the clip was posted with what he called good intention. “I am sorry for my behavior and I apologize to the Kuwaiti people” the young man said.

A video clip incited people to burn the Kuwait flag saying the best act would earn a prize. In this respect the Kuwaiti embassy in Cairo issued a strongly-worded statement, calling on the Egyptian authorities to take necessary measures to deter such unacceptable practices and to punish all those who participated and promoted these abuses.

The embassy also called for putting an end to such abuses as the repercussions will lead to harming the existing relations between the two countries.

For its part, the Egyptian Ministry of Foreign Affairs affirmed the strength of fraternal relations between Egypt and Kuwait, people and state, especially since the citizens of both countries stand united in solidarity with each other, and that these relations enjoy the interest of both sides and enjoy their mutual eagerness to develop them to broader horizons which serves the common interests of the two peoples 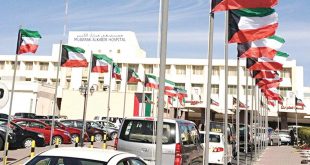 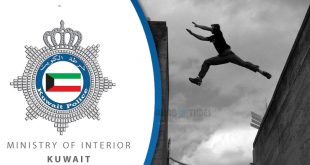 KUWAIT CITY, Jul 12: A quarrel took place between two Egyptians which one of them …