The ten injured are six civilian travelers and workers at the airport of Saudi nationality, three workers from Bangladesh and a Sudanese worker, he revealed. The attack also destroyed some facades at the airport. The terrorist Houthi militia persist in such immoral attacks on civilian lives and property, the spokesman said, noting that such malpractices are tantamount to war crimes under the international humanitarian law. He reaffirmed the resolve of the coalition to continue neutralizing the terrorist threats using its right to self-defense. The Kuwaiti Foreign Ministry on Friday condemned and denounced, in the strongest words, persistent attempts by Houthi militia to jeopardize Saudi Arabia’s security by launching a drone attack on the Saudi Abha International Airport, in addition to another drone and ballistic missile attack on Khamis Mushayt City.

Statement
The ministry said in a statement that the continuation of these hostile practices and escalation targeting civilians and civilian areas, the kingdom’s security and regional stability are a flagrant breach of international law and international humanitarian law rules so the international community is required to move immediately and decisively to deter these threats and bring perpetrators to accountability.

The ministry reiterated Kuwait’s total support to the Kingdom of Saudi Arabia and all the measures it is taking to safeguard its security, stability and sovereignty. Egypt on Saturday condemned, in the strongest words, nonstop “cowardly terrorist” attacks by Yemen’s Houthi militia on Saudi territories, regarding the security and stability of both countries as “closely interlinked”. The Egyptian Ministry of Foreign Affairs said in a statement that Egypt emphatically backs all moves Saudi Arabia is taking to stop these “despicable terrorist” attacks, the last of which was the targeting of King Abdullah Airport with two drones on Friday, which triggered off casualties and damage. It deplored the recurrent targeting by Houthi militias of civilian facilities, including southern airports, and innocent civilians, billing it as a serious escalation and menace to the kingdom’s security and stability. 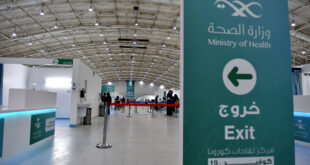 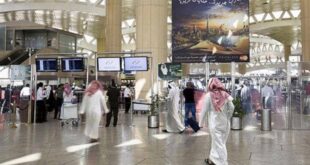