KUWAIT CITY, Nov 27: Head of the Kuwaiti Fishermen Union Dhaher Al-Suwayan reveals that 21 fishermen have been referred to deportation by the concerned authorities due to the presence of monofilament yarn with them on the boats, even though they were not at sea and were at a fuel filling station, and they were not caught fishing with it, reports Al-Anba daily. Al-Suwayan called for their referral to the competent authorities where they will be held accountable for carrying the forbidden yarn and punish them according to the law, instead of deporting them.

He indicated that the Mead fishing season ended before its original ending date on December 1 due to some violations. Al-Suwayan appealed to His Highness the Prime Minister to consider the deserved demands of the fishermen and lift the injustice from this labor class that are working to provide food security in the country. He said, “The fishing sector was exposed to a violent shock due to the arbitrariness of some parties.

There are minor violations by some fishermen, but it is unfortunate that they are deported instead of being held accountable. The deportation of fishermen against the background of some minor violations causes the fishing seasons to end prematurely, and also causes the lack of local product and its unavailability”. Al-Suwayan called on officials to look at the fishing sector and treat it like the rest of the food security sectors, especially since what is happening makes the fishing sector one that repels national cadres, and makes the owners of fishing licenses refrain from the fishing profession. He stressed that the abuse of some parties will eliminate the sector, and reduce interest towards the fishing profession. 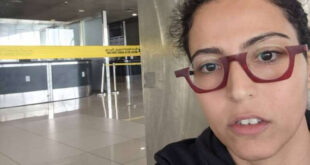 This post has been read 12981 times! KUWAIT CITY, Oct 31: The committee comprising members …