KUWAIT CITY, June 26: Kuwait Medical Association (KMA) Chairman Dr Ahmad Al-Enezi announced that KMA will file cases against those who tried to harm doctors and their dignity; indicating four such cases have so far been filed in courts, reports Al- Qabas daily. He pointed out that doubting the humanitarian work of doctors and spreading false information or rumors negatively affects health security in the country.

He called on the civil society to protect the workers in all technical sectors, especially the medical personnel who have been fighting for people’s lives during the corona pandemic. He affirmed that medical information regarding corona and its sources are now available with evidence that refutes all rumors and personal views regarding the virus. He stressed that the ethics of the medical profession are the bases for serving and communicating with the community, asserting the KMA always takes quick legal action to deter anyone keen on harming the medical entity — the foundation of health security. He urged the Ministry of Health to take action against those compromising the human values of doctors’ work and those who threaten health security by spreading rumors.

Physicians decry verbal and physical ‘assaults’ on them 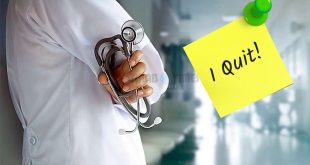 KUWAIT CITY, Nov 14: Ministry of Health has started evacuating the apartments belonging to the …