KUWAIT CITY, Aug 24 : The Kuwait Bar Association has referred 11 male and female lawyers to the Disciplinary Department for committing “grave professional violations, in accordance with the law regulating the profession, the Code of Ethics, and the traditions of the legal profession, including promotion and advertising on social media”.

In a statement issued yesterday, the association’s president Shiran Al-Shirian affirmed the association’s keenness to spread the legal culture, provided that the principles, law and code of ethics of the legal profession are not violated. It stated that, “A lawyer has no right to publish his phone numbers and office data on social media or through television programmes”.

The Secretary of the Kuwait Bar Association Khaled Al- Suwaifan explained that the Code of Ethics prevents lawyers from working to bring clients to their office by any means, in agreement with mediators and brokers, irrespective of whether this is done by paying commission or otherwise. They must also refrain from using titles or honorary or previous positions for attracting clients, or affect their freedom of choice.

They must also refrain from advertising themselves in newspapers or in other publications – audio or visual. He said, “The ethics code requires that the board attached to the lawyer’s office be limited to his name and phone number, and that it be of a reasonable size. The lawyer is not allowed to include anything beyond his name, address, academic qualifications and phone number on his personal card, papers, publications, or in the phone directory”. By Jaber Al-Hamoud Al-Seyassah/ Arab Times Staff 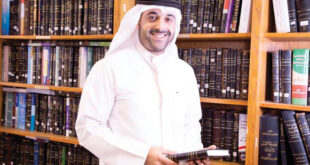 Lawyer gets 10 years jail in absentia

This post has been read 8689 times! KUWAIT CITY, July 14: The Criminal Court recently …