KUWAIT CITY, March 18: Director Manaf Abdul denies what has been published by the Al-Rai daily that the Ministry of Interior had stopped outdoor shooting in Kuwaiti streets a few days ago, reports the daily.

He said what has been published is just rumors since the working group has not exposed to any of this talk, or other colleagues who continue to film other Ramadan dramas.

When asked if he is still filming during these days, he explained: “Speaking of the series Muhammad Ali Road, we have stopped filming the rest of the scenes because we are involved in special scenes that date back to 1940s era in one of the houses in Rumaithiya, led by interior designer Salah Zamani. “Besides, we wanted to adhere to and implement the decision of the Council of Ministers not to gather anywhere in the best interest of the society because of the outbreak of the coronavirus.

Abdul added Kuwait and Kuwaitis love art, and this is beyond doubt. But also the love of Kuwait overwhelms any love, and that is why our role as primarily citizens and artistes is to be of assistance to the concerned authorities and support them to contain this virus.

Meanwhile, actor Abdullah Boushahri apologized to his followers for not communicating with them while in health quarantine, reports Al-Seyassah daily.

He explained that he was placed in quarantine as a precautionary measure after he returned from Iran. Boushahri posted a photograph on his SnapChat account and apologized for not communicating or sharing photographs with his followers, because of strict orders issued to him. It is worth mentioning that Boushari’s stay in quarantine was extended three times even though his test results came back negative.

In the meantime, artiste Abdullah Bahman says during Ramadan he will be seen in two serials Mohammed Ali Road and ‘The Universe in a Palm’, reports Al-Seyassah daily. He added, “In The Universe in the Palm I play a role opposite Ilham Al- Fadalah and “I am happy with the choice. He pointed out the series includes a large group of artistes, including Mahmoud Bushehri, Maram, Taif, Iman Al-Husseini, Layali Dahrab and others. Bahman says his participation in the series Mohammed Ali Road is a summary of all yesteryears he worked in art, and added: “I tried to present everything that I learned in my life in order to present a ‘character’ and a figure worthy of the great effort and important historical value of this series.

Most notable artistes taking part are Saad Al Faraj, Jassim Al Nabhan, Mohammed Al Mansour, Haifa Adel, Khaled Amin, Buthaina Al Raisi, Hussein Al Mahdi and others. Artiste Yousef Al-Omani through a video clip is calling on the people to remain put in their homes and advises them to leave their homes in extreme necessity to help reduce or contain the outbreak of corona virus, reports Al- Seyassah daily.

After the spread of the coronavirus in many countries of the world, he says the UAE, where he resides, has issued a set of decisions aimed at protecting citizens from the virus and preventing its widespread.

These measures include canceling congregational prayers in mosques, non-Muslim prayers in churches and temples, in addition to restricting travel and running a check on travelers, and canceling weddings, events, cultural and art festivals and opting for distance learning to prevent school students from gathering. 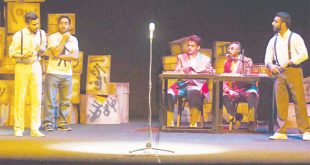 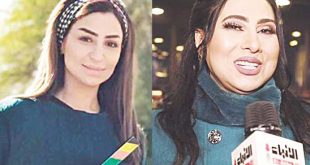