KUWAIT CITY, July 16: The death of Walid Al- Selaili, a Kuwaiti, during his arrest has drawn public and parliamentarian reactions; calling for intensive investigation to uncover the truth – if the citizen was subjected to violence or torture. MP Abdulkareem Al-Kandari urged First Deputy Prime Minister and Minister of Interior Sheikh Ahmad Nawaf Al-Ahmad Al-Jaber Al-Sabah to take action in order to put an end to violations committed by some security-men.

He previously told the minister that this should start with upgrading the curricula and methodology at the College of Security Sciences by focusing on teaching students how to deal with individuals and protect human rights. He said the second step is to seriously deal with violations through transparent investigations and imposing tough penalties on violators.

MP Khalid Al-Anzi stressed the need to enforce tough procedures to deter others from committing violations, adding that anyone can commit violations as long as he believes he will not be punished. He warned about the possibility of more violations targeting the dignity and lives of individuals. MP Thamer Al-Suwait said he followed up the statement issued by the Ministry of Interior, affirming he will closely monitor the procedures which will be taken in this regard. He stressed that he will continue to support the citizens, law and justice.

MP Abdullah Al-Mudaf called on security authorities, foremost of whom is the interior minister, to speed up the investigations. He said the investigations must be done with the highest level of transparency and neutralism, urging the ministry to adhere to Article 31 of the Constitution: “No person may be arrested, imprisoned, searched, have his residence restricted or be restrained in liberty of residence or of movement save in conformity with the provisions of the law. No person shall be subjected to torture or to ignominious treatment.”

MP Ahmed Al-Hamad addressed the interior minister: “The incident in which security-men targeted citizens is not the first and it will not be the last, unless a comprehensive reform process is adopted.” He stressed that torture is totally unacceptable, because it is illegal. He said whoever is involved in torture must be punished. By Saeed Mahmoud Saleh Arab Times Staff 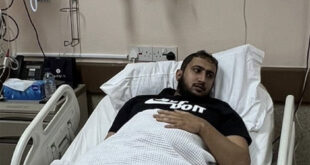