KUWAIT CITY, Oct 6: As soon as studies resumed in schools and universities, many students and teachers rushed to buy laptops for participating in the distance education process. Some took their old devices to repair shops in order to fix them so that they can catch up with the educational process, reports Al-Qabas daily.

Owners of a number of computer maintenance workshops have spared no effort in attracting customers. Their advertisements have increased on the websites that offer services, and on social networking sites. They also seek to double their capacity in preparation for this “profitable” season.

In Hawally area, specifically on Ibn Khaldun Street, many computer maintenance workshops are competing to attract students and teachers who are looking for solutions to the technical problems they face, or want to install the necessary programs. Dozens of technicians and specialized engineers are being recruited currently.

The daily explored the situation of the computer maintenance market and the way service providers deal with such a large segment of users.

Computer maintenance engineers and technicians affirmed that the current e-learning trend brings many benefits to their workshops and projects, as many customers went to these workshops to benefit from the services they provide, assuring that most of them did not take advantage of the individuals’ circumstances by increasing the costs.

The owners of these workshops claim they did not take advantage of the shift in education process to electronic platforms.

In this regard, Eng. Mohammad Al-Rifai explained that, “Remote education has increased the demand for purchasing laptops, tablets, iPads and regular computers, which led to an unexpected increase in their prices. The requests for maintenance, updating of devices and installing programs required for distance education, especially Microsoft, Zoom, and others have increased.

Despite the availability of many courses from the Ministry of Education, Al-Rifai said, “Teachers were asked to be trained on programs devoted to distance education. Some parents also want to help their children and train to use these programs, using the trainers at the maintenance workshops.

Most of the customers’ requests are related to updating programs and speeding up old devices, as individuals have owned devices for a long time but did not use them”.

He explained that customers ask to install the latest operating systems and solve technical problems related to computer hardware. Some individuals tend to buy used devices based on their ability. However, the used devices have several disadvantages such as poor battery life and previous misuse, and yet “their prices have increased slightly.”

Muhammad Hamdi, the owner of a mobile maintenance workshop, affirmed that, “Distance education has led to a large turnout for the repair and maintenance of tablets, computers, laptops, etc.”

He revealed that the number of customers has doubled to approximately 8-12 per day, which he considers as a revival of his business.

Hamdi agrees that updating and speeding up devices is the main requirement of most customers, as many of them have old devices that have slowed down over time.

He revealed that the maintenance costs range between KD 5 and KD 15 depending on the technical problem that the device suffers from.

Hamdi said installing various programs in computers and laptops is something that teachers and some students need, as the demand for installing programs related to educational platforms such as Teams, Office, and Zoom have increased, adding that some families also require the Moodle program.

Some customers prefer to call technicians to their homes for repairing computers, especially when some simple technical problems occur, which may sometimes be caused by misuse of the devices by children of early school stages. In such cases, they have to pay additional fees for home service of up to KD 5 depending on the area where they live.

While the sales and maintenance of computers have picked up, the requests for maintenance of printers and purchase of their inks have decreased due to reliance on electronic correspondence and reduction in printing of reports and documents as seen previously. This threatens a loss for some imaging and printing centers. 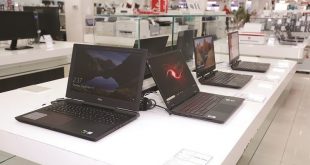 5 Things You Should Consider Before Buying A Laptop