Speakers at the symposium said the decision of the Board of Directors of the Environment Public Authority (EPA) regarding the cultivation of conocarpus is a precautionary measure until Kuwait Institute for Scientific Research (KISR) and Kuwait University conduct a study on the impact of this tree on infrastructure.

Chairman of the Environment Committee in KSE Mohamed Al Hashemi said “the purpose of the symposium is to clarify the consequences of this decision, recognize its importance and know the real consequences and environmental impacts.” He pointed out that conocarpus trees cover about 85 percent of the green area in the country.

On the other hand, Deputy Director of EPA Mohamed Al-Enezi explained, “The Board of Directors of EPA took the decision to stop planting conocarpus trees, not the authority itself.” He pointed out “the Board of Directors consists of representatives of about 15 government agencies and civil society organizations.

“Some people misunderstood this decision, while others considered it too late,” he added. On the position of Ministry of Public Works, Eng Saad Al-Otaibi said: “More than 10 years ago, we demanded for the removal of these trees and to stop planting them. This decision is very important for the ministry because these trees damage the environment. We have filmed and documented the results. Conocarpus trees are among the causes of problems associated with the recent rain crisis.”

Share
Previous ‘Deportations, other penalties on the cards for violators’
Next Speaker foresees rise in session intensity 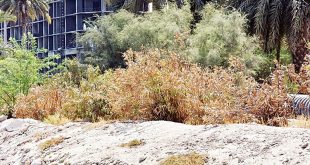