KUWAIT CITY, Nov 2: General Customs Department is preparing to destroy 6,500 kilograms of items confiscated by air cargo customs officers on Monday. These items include wrist watches, bags and other imitation items with the names and trademarks of international brands.

According to security sources, two cargoes arrived via air cargo from an Asian country. The customs officers checked them to find 6,500 kilograms of counterfeit goods.

Samples were sent to the concerned authorities to confirm they are imitated goods. After the confirmation was received, a decision was taken to destroy the items based on the customs law. 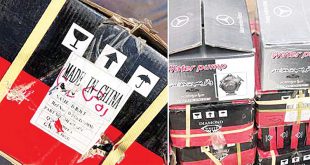 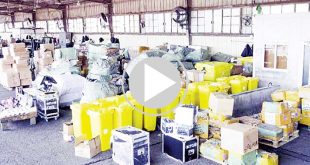