KUWAIT CITY, Nov 22: Within the framework of the government’s approach to re-pricing its services, and in order to increase public revenues, Al-Rai has learned from relevant sources that the General Administration of Customs has prepared with Ernst & Young a study to re-price its services, which included reviewing the fees of 65 certificates and forms.

According to the study, which considers the customs services the first source of income for the state in terms of non-oil revenues, it is proposed to increase the fees for some services by 100 percent, while others jumped 10 times. At the same time, the study recommended approving a fee ranging between 10 and 20 dinars for services currently provided free.

The presented study proposes raising the fee for 56 certificates and forms provided by the “customs” by 100 percent, specifically from half a dinar to one dinar, the most prominent of which are the career progression certificate and end-of-service reward, a statement of employment status and a form for residency cancellation and renewal, in addition to a salary breakdown certificate and passport data and a certificate of continuity of salary transfer.

Impose
Regarding the list of services that are provided free of charge it is proposed to impose fees on them, they include the issuance of a letter to the Ministry of the Interior for the criminal case. It was recommended to set a 5 dinars fee, as well as issuing a letter to the Ministry of Commerce and Industry (issuing-renewing-change of address) the commercial license 10 dinars; it is the same fee proposed for the service of issuing a letter to the Public Authority for Manpower (change of title, renewal of residence permit, transfer of residence permit).

The “Customs” movement in this direction comes within a broader government move that began with Cabinet Resolution No. 956 of 2021 regarding the depletion of liquidity in the general reserve, as all government agencies were mandated to take the necessary measures to find radical solutions to confront the deficit in the state’s general budget. In terms of reducing spending from the 2021/2022 budget by no less than 10 percent, the “customs” stated its commitment and keenness to legalize and define aspects of spending in order to rationalize spending and control expenses without prejudice to the work entrusted to the administration.

The sources pointed out that the necessary measures have been taken towards collecting the government debts owed, whether accounting by proving them with regular restrictions, and procedural with regard to companies by filing lawsuits in the Kuwaiti courts. As for the debts of individuals, they are followed up, and they are between proof and collection. The sources noted that there is no financial appropriation in the local and foreign exhibitions and conferences item in the department’s budget, while the local training item has been reduced, and only 15,000 dinars has been approved. As for external training, it is an amount allocated for inspector courses in the United States, as it is subject to the Kuwaiti-American memorandum of understanding. 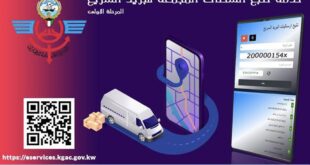 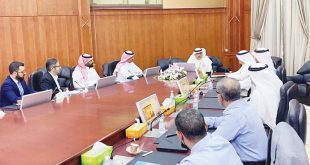 This post has been read 22370 times! Customs officials monitor activities round the clock KUWAIT …