KUWAIT CITY, Nov 25: The Civil Service Commission (CSC) has denied the news that employees in government agencies usually leave their respective workplaces once they register their attendance through the fingerprint system in the morning and then return at the end of the working hours to record their time of departure, reports Al-Qabas daily.

The CSC made the statement after the daily published a report with the headline, “Employees steal working hours,” on Wednesday. It also pointed out that the reports spread on various social media platforms about the plan to implement the third fingerprint attendance system to record the attendance of employees in the middle of the day is untrue. It added these platforms have ignored the facts regarding State agencies in terms of non-compliance with working hours and some employees allegedly disrupting the work of auditors.

Denying
The CSC seems keen on denying the news without verifying the information; considering the daily obtained a copy of an official letter from the Ministry of Higher Education, which confirmed the installation of additional fingerprint devices on the ground fl oor of its headquarters. The ministry then issued a circular for its employees to register their attendance in the morning by scanning their fingerprints twice — on the ground floor and the fl ors where their workplaces are located. The daily got a copy of the circular as well, indicating the employees must scan their fingerprints for the second time on the floors where their respective workplaces are located within 15 minutes after doing the same on the ground floor until the first fingerprint is accepted. In case they fail to scan their fingerprints within the specified period, the fingerprint recorded in the devices installed on the floors where their respective workplaces are located will be considered as proof of attendance. In addition, the Labor Union at the ministry posted on its Twitter account that this step was taken after it demanded for additional fingerprint devices for employees on the ground floor in order to avoid any delay that is usually charged to the employees once the proof of attendance is presented.

The union thanked the ministry’s officials for their immediate response to the demand of the employees, clarifying that the time of departure from work is registered through the fingerprint devices installed on the floor where the respective workplaces of the employees are located. In a related development, Deputy Director General for Administrative and Financial Affairs in Kuwait Firefighting Force Saleh Al-Ansari issued an administrative circular to record the third fingerprint as proof of attendance for workers assigned in the external centers that operate under the shift system — 48 hours work, followed by 96 hours of rest. 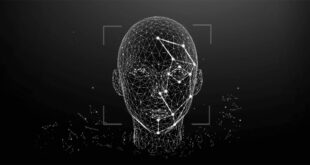 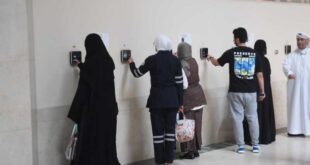