WHAT transpired during the National Assembly’s Speakership election is not a usual phenomenon, and cannot be taken as a normal issue. It is not possible to overlook the behavior of the opposition, represented by 28 parliamentarians, and everyone concerned should take into consideration the fact that this opposition is tantamount to a wounded lion.

Furthermore, it is clear that the hearts of the other four parliamentarians are with the opposition, which is represented by Bader Al-Humaidi. Their swords are with Marzouq Al-Ghanim, which means the latter is not comfortable in his seat when a total of 28 MPs are in the opposition while the other four will lean on the side of their interests. Also, the ministerial formation seems weak and does not have what it takes to be confrontational and decisive.

On a previous occasion, we had hinted that the current scene is not much different from the 1964 Parliament. If the current opposition does not rely on the language of reason, or if the government chooses the language of deals (scratching of backs), this Parliament will be tantamount to the 1986 Parliament, and in both cases, Kuwait is heading to a crisis.

This is due to the fact that the first call that the Parliament had made was regarding total pardon. This is sacrilegious to the laws that this country needs in the next stage in terms of economic and social reforms, and also in terms of revamping the private sector to play its role in full instead of deflating this vital sector.

The Muslim theologian, writer, and scholar of the 8th century, famously known as Imam Al-Shafi’i once said, “I have won all my debates with scholars, but was defeated when arguing with ignorant people”.

In the current situation, the matter needs a rational approach towards what the next stage will be, as the strife is great, and cooperation seems lingering to this day between the loyalists and the opposition, even if there was a clear vision of what the country needed. Perhaps it would have been more appropriate for the government to use its constitutional tools decisively by dissolving the Parliament and pushing for new elections, as seen in several countries, including Jordan, France, and others.

However, if the government is unable to do so, it should then analyze the current situation carefully and realize that confrontation will not be easy with this number of opposition MPs who will be armed to the teeth when it comes to confrontation.

Therefore, it is imperative to set the priorities for Kuwaitis in motion so that the aforementioned saying of Imam Al-Shafi’i does not apply to the relationship between the government and the Parliament in the near future, as it will lead to futile dialogue and unnecessary standoff.

There is no doubt that the total amnesty law can be postponed. As for making it a parliamentary priority, it is a matter of healing the wound that the opposition has sustained, and not because it is a necessity required by the current circumstances.

The demands of Kuwaitis are clear and do not require interpretation. For starters, these demands include remedying the loan crisis and lifting the travel ban imposed on 80,000 citizens due to lawsuits that do not rise to the extent of restricting their movements, in addition to the radical reconsideration of the fiscal stimulus law, which can be considered as a floater but ended up drowning those in need of it.

Since the beginning of parliamentary life in Kuwait, the mistakes of the National Assembly have been borne by the government, as it is the executive authority that must not obey what the Parliament dictates as it did before to the point where it hijacked its authority.

Undoubtedly, today they are more intransigent in their stances in order to protect themselves from the accusations raised by Kuwaitis of betrayal and failing to fulfill their pledges. Therefore, there is no solution except for the government to face the confrontation despite it being a tough path in light of the current ministerial formation and the composition of the National Assembly.

In short, this means that we are facing a vicious circle and a waste of time, as if Kuwait is just a battleground for entertainment and not a country that needs to get out of this grinding crisis.

Share
Previous Roadblocks in education – 2
Next 339 Infected from coronavirus; 242 recover 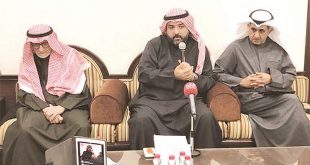 KUWAIT CITY, May 19: A total of 49 evacuation shelters have been allocated in various …