KUWAIT CITY, May 10: The Criminal Court acquitted a Kuwaiti citizen who along with two others was accused of forging bank documents — letters of guarantee. The court sentenced the first and third defendants in the case to three-year imprisonment with hard labor.

The Public Prosecution had charged the three citizens of forging banking documents (letters of guarantee) with the intention to deceive. The letters were attributed to have been issued from a local bank through which a commercial company deposited money in favor of the Central Tenders Committee.

The trio expropriated KD 3,000 with this deception. During the court session, the defense counsel of the second defendant Lawyer Fatima Al-Shatti affirmed that her client had no knowledge about the aforementioned letters of guarantee, except for the one in favor of Public Authority for Youth and Sports from a company owned by his friend. She said her client was given the letter by the third suspect who works in the bank and usually does his transactions, and her client then gave the letter to the company without knowing it was forged. 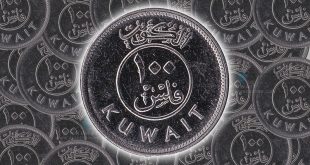 ‘Bribe, forgery, money-laundering’ KUWAIT CITY, May 1: In a decision that sets a precedent in …