KUWAIT CITY, Sept 4: The remains of two persons – a man and a Kuwaiti woman – found inside an apartment in Al Shaab Al Bahri area, have been referred to Forensics, reports Al-Rai daily. According to personnel from the Criminal Investigation Department (CID) the woman had bruises on her head. The daily did not give more details.

Meanwhile, the body of a citizen, which was found inside his car in the parking lot of a mosque in Salmiya, has been referred to Forensics, reports Al-Rai daily. After a worshipper informed the Operations Room of the Ministry of Interior police and paramedics rushed to the spot and found the man dead. Initial reports showed the man had died about two days ago. 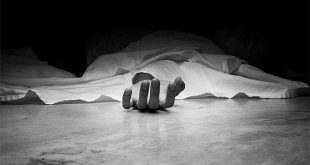