KUWAIT CITY, Sept 20: It seems that the economic crisis resulting from coronavirus pandemic has cast a shadow over Kuwaiti sports, as informed sources said that budget for the Public Authority for Sports will be reduced by 20 percent, equivalent to 18 million dinars, after assurances that the budget would not be reduced as it had become insufficient, reports Al- Qabas daily.

The daily quoting sources pointed out that the sum, which was reduced from the authority’s budget will be deducted from the external participation clause, to avoid prejudice to the salary item and the sums allotted for partial professional players in clubs and federations. The sports associations had requested an increase in the financial allocations set for them by the State, in order to face some of the burdens and obligations for the growth and advancement of sports, as there were assurances before the Corona crisis to increase those allocations according to certain regulations, but the current economic situation has pushed towards reducing the budget.

The government, represented by Public Authority for Sports, is seeking to activate the mechanism of action of the investment law within clubs and federations, in order to provide the necessary financial support and reduce the burden on State budget, and fully support it in the next stage.

This requires the sports bodies to develop a clear road map for the areas allocated to the activities planned for investment in coordination with the Public Authority for Sports, to achieve the vision, mission and goals of the investment law.

They indicated the need for the authority to impose tight control on investment activities and monitor the commitment of clubs and federations to the allocated spaces to fulfill the established conditions and controls, so as to avoid the exploitation of some files in achieving personal interests. This was discussed during the Olympic Committee meeting with the sports bodies, and included among the articles of the basic regulations that have been modified. 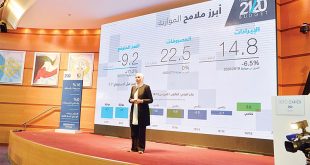