James Corden may not be allowed in a theater these days but there’s still a way to laugh with him onstage. Lea Salonga isn’t permitted to sing to a crowd right now but there’s still a way to hear her magnificent voice. Both Tony-winning artists are having career milestones revisited on TVs and mobile devices as part of Great Performance’s fourth annual “Broadway’s Best” lineup on PBS for November – Corden’s deliriously funny play “One Man, Two Guvnors” and Salonga’s 2019 concert in Australia. “Just going to the theater and seeing shows and watching my friends tell stories – it’s heartbreaking to know that I can’t do that for maybe another year,” said Salonga from Manila.

“I’m glad we have these to remind us of just a year ago what life was like and maybe bring hope to people that this is what we have to look forward to once the virus is gone.” In addition to Salonga and Corden, the “Broadway’s Best” lineup every Friday in November includes the first documentary on the musical “Fiddler on the Roof” and a capture of the Roundabout Theatre Company’s production of Irving Berlin’s “Holiday Inn.” Corden’s deliriously funny “One Man, Two Guvnors” aired Friday, a slapstick farce about a simpleminded guy who juggles errands for two underworld bosses in an English seaside town in the 1960s.

There’s ribald humor, pratfalls, eating inappropriate things and slamming doors. It arrived on Broadway in 2012 after hit runs at the National Theatre and the West End. The version PBS viewers will see comes from a National Theatre show and is a little longer than the one that landed on Broadway. Corden calls it “a real romp.” “It’s like a poker game. My character comes on and says, ‘I’m going to have a great time.’ And the audience go, ‘Well, we see your great time and we will raise you a great time.’ And I go, ‘You think you’re having a great time? You wait until the end of Act One,’” said Corden. “I’m excited for an audience to see it again.”

Changed
The host of CBS’ “The Late Late Show” recently watched the film version and marveled at how much his life has changed since it was captured on film. He was a relative unknown to Americans back then and now hosts the Grammys and Tonys. Beside him on the couch was his oldest child, Max, 9, who was only a few weeks old when his dad’s play was put on film.

“It was strange to look back at it and just see the roads that professionally and emotionally – in every sense, in every capacity – that I’ve traveled since then,” he said. For Salonga, her trip back wasn’t that far. Her concert capture was in front of a sellout crowd at the Sydney Opera House just last year – a more joyous time.

“This is like a time capsule for me because you see the audience shoulder to shoulder, not wearing masks, screaming and unrestrained in their reactions and responses to whatever is happening on stage,” she said. Viewers on Nov. 27 will get to see Salonga, who starred in the original “Miss Saigon” and was last on Broadway in “Once on This Island,” tackle a number of classics, including “Meadowlark,” “A Whole New World,” “This Is Me” and, a longtime favorite, “On My Own” from “Les Miserables.”

“The first time I ever sang it, I was 17 years old and I’m now 49,” she said. “I don’t get tired of singing the song. And I allow myself for the context of things to be different because I’m not that kid experiencing unrequited love. I’m an older woman and the words fall differently after enough life.” They know that recorded plays and concerts aren’t the same as seeing both performers in the fl esh, but they argue streaming shows are great at widening theater’s reach for much less than a house ticket. “If there there’s any place where you can remind people of what theater’s there for and the joy that it can bring and the importance of it, I certainly welcome that at every point,” said Corden. 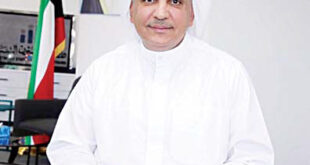 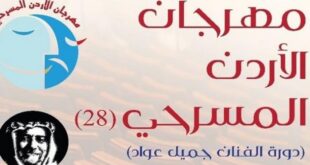 KUWAIT CITY, June 21, (KUNA): The Minister of Information and Culture, Minister of State for …