KUWAIT CITY, Oct 14: The Court of Cassation presided over by Judge Ahmed Al-Ajeel has sentenced a policeman from the Criminal Investigation Department to seven-year imprisonment with hard labor, reports Al-Anba daily. The Public Prosecution charged the defendant – a public servant serving as a police officer in the Criminal Investigation Department – of demanding bribe of KD 200 each from three people in exchange for not taking legal measures against them.

He acted as if he was arresting them for violating the law and showed them his police ID card. They got into his car under the influence of this delusion, as indicated by the investigations. He then stole money from one of the victims – a restaurant worker, as well as two mobile phones owned by the second victim after beating him.

Earlier, the Criminal Court issued a verdict in the presence of the defendant, sentencing him to seven year imprisonment with hard labor and fined him KD 800. The Court of Appeals upheld the verdict. The Court of Cassation rejected the appeal and also upheld judgment to imprison the defendant. 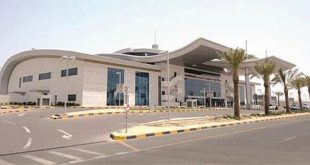