KUWAIT CITY, Sept 4: The situation of the contracting companies has worsened with the scarcity of labor and the high wages, reports Al-Rai daily. The daily quoting sources said the problem has doubled what it was before the Covid-19 pandemic, and demand increased after building permits were issued to more than 25,000 housing units in Al-Mutla’a, South Abdullah Al- Mubarak, and Southern Khaitan, which has affected the pocket of citizens.

The managers of construction companies stated that the labor market is in chaos in the absence of supervision and that many “street contractors” work individually without the presence of any legal entity, municipality classification, or commercial headquarters, pointing out that several cases are pending in the courts as a result of fraud operations against citizens or breach of contracts. For his part, the CEO of Rikaz Contracting Company, Khaled Al- Malki, said that on March 14, 2021, building permits were given to the areas of Al-Mutla’a, South Abdullah Al-Mubarak, and Southern Khaitan, with more than 25,000 housing units, which caused a huge demand for labor that the local market could not absorb.

He pointed out that the delivery of building permits coincided with the Corona crisis, the total and partial ban, and the exit of about 250,000 workers in 2020/2021, explaining that Kuwait needed at least half a million workers before “Corona”, but now it takes about 750,000 workers to fill the market deficit and balancing supply with demand.

Al-Maliki pointed out that the wages of the average worker rose by nearly 100 percent, while the technical worker increased by about 200 percent, which causes a strain on the budgets of the owners of the plots, indicating that this directly caused the suspension of work in a large number of plots and the failure to complete the construction due to some workers’ exploitation of the conditions, and the lack of adequate oversight by the relevant state institutions.

Share
Previous Kuwaitis, expats spending up by 30% during H1 of ’22
Next 5 expats allowed to own properties in Kuwait

20% of Kuwaitis live in apartments inside private housing 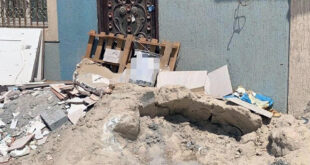 Expat contractors to be deported for not clearing rubble