‘Rent allowance was paid by mistake’

KUWAIT CITY, March 24: The Public Authority for Housing Welfare (PAHW) witnessed a state of confusion and frustration after 2,900 citizens were blocked from applying for building permits for their plots in Mutlaa and South Abdullah Al- Mubarak residential areas, reports Al-Anba daily. According to the testimonies of the affected citizens, the requests and privatization sector had paid rent allowance to them during the past three months, and then placed a block (blacklist) on them in the automated system. This prevented them from applying for building permits certificates. When they inquired the reason for the block, they were informed that the last three months had been completed.

The rent allowance was paid to them by mistake, and they must return the amount of KD 450 for each citizen, equivalent to approximately KD 435,000 for the institution. Otherwise the ban will not be lifted and they will be entered into a maze of the delay in issuing the building permit, which may cause the plots to be withdrawn from them according to the law. The victims said the former Minister of State for Housing Affairs Dr Abdullah Marafie had discussed the matter with the relevant parliament committee, and exempted them for the three-month period in question. However, the mistake continued for three months.

Disbursements
They wondered what the financial and administration departments were doing when the disbursements happened by mistake. In this regard, Municipal Council member Hamad Al-Medlej called on the Minister of State for Housing Affairs Shaya Al-Shaya to intervene in this situation and bring an end to the suffering of citizens who were suspended from housing allocation in an unreasonable measure. He indicated that the minister promised to take the necessary measures as soon as possible so that the citizens are not exposed to further delay in terms of building their plots.

In another development, Director General of PAHW Bader Al-Waqyan, based on the directives of the Minister of State for Municipal Affairs and Minister of State for Housing Affairs Shaya Al-Shaya, issued a decision to form a committee to follow up the steps taken to eliminate the obstacles in the execution of the South Saad Al-Abdullah Housing Project. According to the first article of the decision, the Deputy Director General for Planning and Design Affairs shall be appointed as the head of the committee.

The Deputy Director General for Implementation Affairs shall be his deputy, and the members of the committee will be the the Director of the Planning Department, the Director of the Coordination and Programs Department, the Head of the Survey Section, and the Head of the Coordination Section. tttttttAccording to the second article of the decision, the committee will follow up the removal of the obstacles in the South Saad Al-Abdullah housing project. The committee has to submit a weekly report to the minister to explain the obstacles, and give an update of what has been removed and what is left, along with photographs as evidence. 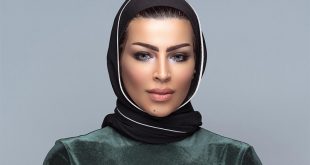 ‘No authority to exempt water, power fees’ KUWAIT CITY, Nov 4: Even though the Union …