KUWAIT CITY, June 16: Personnel from the Criminal Investigation Department (CID) have arrested an unidentified Arab cashier for stealing 7,000 dinars from a cooperative society.

The suspect forged the receipts showing he had deposited the cash for over two months taking advantage of disruption of work after the outbreak of coronavirus.

The arrest came after a legal representative of the cooperative societies in the capital governorate filed a complaint with the police station accusing the cashier of embezzling money during April and May.

The security source added the legal representative told police according to the information received by him proves the cashier has embezzled the money. A case of theft has been filed against the cashier. He has been referred for interrogation 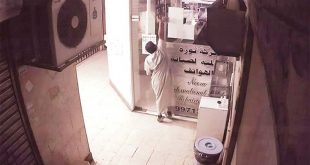