‘Kuwait temperatures to rise by mid-century’

KUWAIT CITY, Aug 11: The number of deaths due to heat among non-Kuwaiti workers could increase by around 15 percent towards the end of the century, reports Al-Jarida daily quoting a study conducted by Kuwait University. The environmental research carried out by Barrak Al-Ahmad from the Department of Environmental and Occupational Health in the College of Public Health revealed that 14 out of every 100 deaths in Kuwait could be caused by heat; taking into consideration the climate change by the end of the century.

At this point, no one really knows the impact of climate change on the people and countries in the hot desert environment of the Arabian Peninsula; “not only because these countries are already hot, but they also have unique demographic structures. Expatriates could be more vulnerable and they constitute a large percentage of the population. Two-thirds of the population here are expatriate workers and extremely high temperatures are already common,” the study added.

Quantifies
The study quantifies temperature-related mortality in Kuwait in the middle of years 2050 to 2059 and end of the century (from 2090 to 2099) as moderate (SSP2-4.5) and extreme (SSP5-8.5). “We fitted time series distributed lag non-linear models to estimate the baseline temperature–mortality relationship which was then applied to future daily mean temperatures from the latest available climate models to estimate decadal temperature-mortality burdens under the two scenarios,” the study explained. In the middle of the century, the average temperature in Kuwait is predicted to increase by 1.80 degrees Celsius (SSP2-4.5) to 2.57 degrees Celsius (SSP5- 8.5), compared to the 2000–2009 baseline. 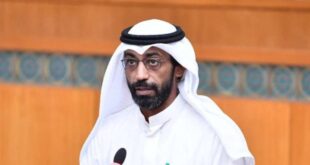 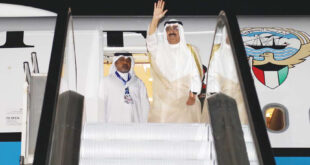 KUWAIT COMMITS TO CARBON NEUTRAL BY 2050 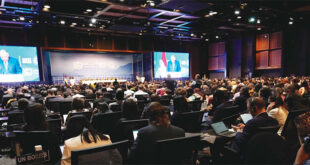 Summer heat begins to taper off 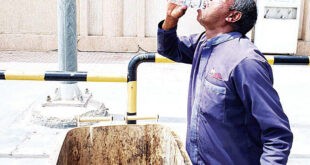 This post has been read 48139 times! KUWAIT CITY, Aug 7: Temperatures continued to set …