Citizen and the oil company

The Kuwait Oil Company was established in 1934, according to which Sheikh Ahmad Al-Jaber Al-Sabah granted the Anglo-Iranian Oil Company (BP) the then Gulf Oil, followed by the American (Chevron), the right to explore oil in Kuwait’s territory.

The two companies drilled the first well in 1935, but their efforts did not bear fruit until success struck in 1938 in Burgan (Ahmadi). However, the outbreak of World War II in 1939 put a dent in their work, and they resumed their activities after the war when the first shipment was exported in 1946.

The Kuwait Oil Company (KOC) managed the exploration and export activities from day one until the early 1970s, when the government began to increase its ownership in the company and nationalized the oil industry at the behest of the National Assembly but under foreign management which was gradually taken over by the citizens in due time.

The American-British company put in place the best administrative system and the employees of the company enjoyed a luxurious life. The company also built a model city in Ahmadi for its employees complete with schools, sports clubs, road and one-floor homes which were suitable for Kuwait’s hot desert climate. On the whole, the entire city planning was amazing. No streets were named after anyone.

Al-Ahmadi remained the most beautiful city in Kuwait for decades, with its lush gardens and playgrounds. It became a destination for those seeking ‘innocent’ holidays until this city was subsequently vandalized by the ‘national administration’ without imitating its successful model by any party in the state.

Moreover, we failed to benefit from the experiences of the previous administration. We believed that by expelling them we would save millions and this is what actually happened, but the new administrations became the reason for loss of billions of dinars due to lack of experience and/or corruption in most cases.

Despite the relative extravagance of the foreign administration, it was not involved in corrupt practices with the local contractors. The Englishman or the American was the cause of our envy because the expenses of keeping their dogs were borne by the company, but it was subsequently proven that the expenses of ‘our dogs’ were much higher.

If the government had invited historian Daniel Yergens, author of the ‘Prize’, the most famous encyclopedia in the history of the oil industry in the world, to write the history of the Kuwait Oil Company in greater detail, the book would have won the prestigious Pulitzer Prize. 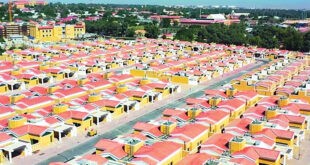