KUWAIT CITY, Feb 11: The Al-Mutla’a housing project, which has fallen out of scheduled completion, is facing a new stumbling block because of the Chinese Year of the Mouse, or what is known as the Lantern Festival, which is celebrated by the Chinese to coincide with the Chinese New Year, which fell on Jan 25, reports Al-Qabas daily.

Hundreds of Chinese working on the project allegedly left the country to celebrate the occasion with their relatives and the outbreak of the coronavirus in China has prompted Kuwait to take a decision according to which no Chinese can enter the country.

The decision is taken as a precautionary measure to prevent the virus from entering the country. Khaled Al-Anzi – head of the Al- Mutla’a ‘Voluntary People Committee’ said the completion of the project on time will be further delayed because of non-availability of manpower. He has called on the Public Authority for Housing Welfare to fi nd a solution.

He added the decision to prevent the entry of Chinese deserves appreciation because it refl ects the concern for the health of citizens and residents, but there must be alternative plans in such situations. 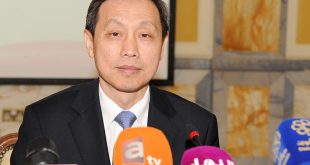