THROUGHOUT history, thieves have been developing and refining methods to deceive their victims and get what they want. However, one of the strangest things I have read about in this regard is the story of a thief who masqueraded himself as a religious man and dyed his face with cosmetics for it to glow and shine.He then entered a jeweler’s shop in a manner that convinced the goldsmith of his humbleness and reverence. The goldsmith welcomed the “sheikh” and asked him how he could serve him.

The thief (sheikh) said, “I am your good deed, my son, and I have come to you to inform you of what you are heading towards as a result of your kindness and righteousness.”
The goldsmith laughed mockingly and said, “What are you saying, sheikh? It is true that your face shines with light, but frankly you are overselling yourself.”
Meanwhile, a bride and her fiancé entered the shop to buy gold. The goldsmith asked for coffee for the three, and said to the engaged couple, “Please sit down as I weigh the gold and prepare the invoice!”

The goldsmith was surprised when the bride sat on the chair on which the sheikh was sitting. He said to her, “Be careful, my sister. You are sitting on the sheikh!”
The girl said in astonishment, “What old man? Where is he? Are you crazy? The chair is empty.”
The thief said, “My son, you are the only one who sees me and hears me. The rest of the people cannot do so because, as I told you, I am your good deed.”
The goldsmith was silent. He went on to weigh the gold, took the money from the couple, and handed them the bill.
After the couple left, the sheikh said, “Oh, my son, I do not want anything from you. If not for your integrity and your faith, you would not have been able to see me. So take this piece of cloth and wipe your face with it to increase your sustenance and blessings.”

The goldsmith took the rag. With all sanctity and reverence, he kissed it, smelled it and wiped his face, and immediately fainted. The alleged sheikh then robbed everything in the shop and followed the girl and her partner.
After about four years, a police car stopped in front of the same shop. Three officers stepped out with the alleged sheikh in shackles. The goldsmith was happy that his money had been returned to him. He began to thank the policemen, who asked him to follow their instructions. The officer went to the alleged sheikh and said, “Show us how you stole this man.”

During the election season, thieves come to us disguised in many outfits to rob four years of our life and steal the country and the people without accountability. Sometimes they are in the guise of believers who embrace religion, and other times, they come in the garb of defending democracy and freedoms. These are the thieves of the twenty-first century.

Years ago, some Gulf leaders became aware of these tricks being practiced by thieves at the forefront of society. They put an end to these tricks, like in the Kingdom of Saudi Arabia when Prince Mohammed bin Salman, under the directives of King Salman bin Abdulaziz, gathered corrupt princes, officials and businessmen in the Ritz Hotel in Riyadh. He then presented them with evidence of their thefts. They had previously assumed that the ploys of some lawyers in circumventing the law prevented them from being held accountable.

In Kuwait, some officials and parliamentarians come to us daily with information or statements claiming to defend public money and fight corruption. However, they do so without taking any practical measures to put an end to this phenomenon.

Despite such empty talk, we have not seen any progress. Instead, it seemed as if the country had become addicted to wiping its face with a narcotic rag and smelling it. That is because these thieves commit their crimes while enjoying legal immunity. They steal the harvest of people’s lives without flinching, making it seem as if the one in charge of preserving the wealth of the state and people is the one stealing from them. 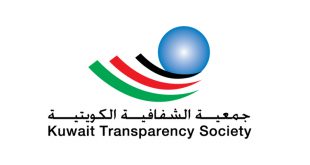