The driver of the vehicle that fell from the bridge sustained injuries and was taken to a hospital. The accident occurred after two vehicles collided on the Riyadh Road Bridge, causing one of them to fall from the top of the bridge onto the Fifth Ring Road. Immediately, emergency medical teams came to the scene of the accident and the injured was taken to the hospital. Farwaniya firefighters and traffic policemen removed the vehicle from the road to facilitate the movement of traffic. 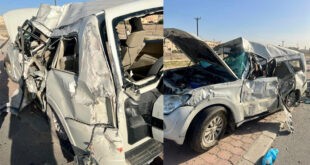 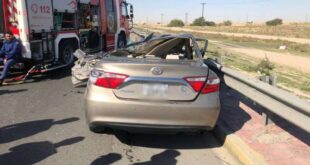 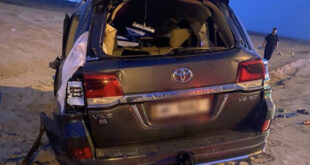 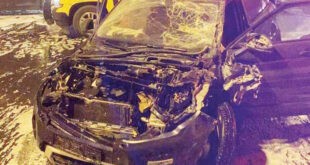 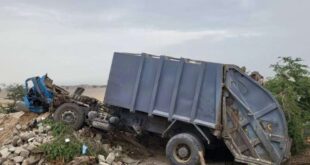 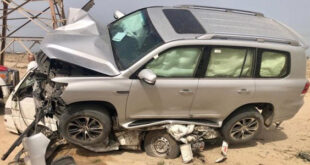