To the candidates: ‘rope of lies’ short

IT IS now clear that we are heading towards an election which is different in form and substance from the previous elections. As it appears, this election is almost a referendum on efficacy of the one-vote system and its outcome on one hand, and on the other hand, the candidates may have realized that flashy slogan campaigns are futile.

This happened because Kuwait’s citizen, through his accumulated experiences, now prefers a candidate with clear national campaign program which does not focus on personal interests or services or tightening grip on a sect or tribe and members of the constituency by disregarding rationality or advocating the ‘pleasing concept’.

Today, the voter is aware of the futility of slogans such as “restoration of withdrawn citizenship” or promises to give abundantly from the public fund, especially after the audacious decisions taken by the government, whether on housing problems or commencement of development projects to be in line with the economic reform program. The audacious decisions taken by the government, in addition to referral of disputes to the court and enforcement of orders issued by the court, nullified the justifications of those who call themselves the opposition.

Today, we do not see provocative seminars or speeches because the Kuwaiti is no longer swayed by everything that candidates say. Instead, he wants actions especially in relation to projects that will upgrade the country in terms of the economy and development, not ‘overseas medical tour’ promises as the citizen sees himself paying triple the cost of this tour in another manner.

Despite that, a group of candidates is still using the old mentality because of their inability to adapt to change. Undoubtedly, this group will be the biggest loser as they lack the ability to present something beneficial to Kuwait and the Kuwaitis.

Therefore, the product of the upcoming election will carry several surprises, one of which is the ability of the populace to differentiate between candidates who thrive on corruption and crippling government by fabricating sideshow battles, and those who work in the interest of the public and do not trade in the suffering of Kuwaitis.

Indeed, there are several comments on the MPs from the recently-dissolved Parliament. But looking at the former Parliaments, none of them would have been any ‘better’. In fact, those Parliaments were worse than the 1962 Parliament, because many of them crippled the State and their members did not present any plausible program. All they strived for was to divide the people of Kuwait on the basis of sectarian and tribal alliances.

The country has had bitter experiences over the past three decades, making Kuwaitis feel like they are licking rasp every time they vote for certain candidates. This has prompted the people of Kuwait to be more alert and careful, especially after experiencing significant and positive changes in the last two Parliaments when the aggravators distanced themselves from the legislature.

Thus, the rope of lies will no longer help those who were pretentious in the past. Perhaps, they will realize during the announcement of results that the people of Kuwait did not fall for their tricks. 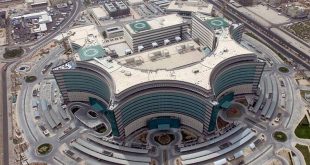