KUWAIT CITY, July 4: A camel that fell from a ship into the sea near Shuwaikh Port was rescued from drowning, reports Al-Rai daily. Spokesperson of Kuwait Ports Authority Dr Yahya Abdal explained that the camel had arrived on a ship along with 24 crossbred camels from Doha.

A team of workers had surrounded the place for the camels to leave the ship but the last one fell off the ship into the waters. He denied the rumors that circulated on social media about the camel jumping from the ship, highlighting the role of KPA in managing such situations which not only includes making the camels leave the ship 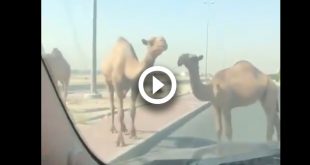 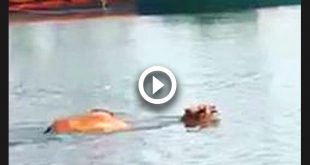