On the occasion of the Isra and Mi’raj, which falls on next Thursday, the Cabinet congratulated His Highness the Amir Sheikh Nawaf Al-Ahmad Al-Jaber Al-Sabah and His Highness the (currently the Deputy Amir) Crown Prince Sheikh Mishal Al-Ahmad Al-Jaber Al-Sabah and the Kuwaiti people.
Moreover, the Cabinet was briefed by the Health Minister Dr. Bassel Al-Humoud Al-Sabah on the health situation in the country.

The minister also pointed out that those who received the coronavirus vaccine in Kuwait has reached 322,000 so far.

The Cabinet called on all citizens and residents to continue cooperation and commitment to health requirements and precautionary measures.
Therefore, the Cabinet has studied the recommendations of the Ministerial Committee for COVID-19 Emergencies, and then decided the following:

1: Assigning the Minister of State for National Assembly Affairs to coordinate with the Ministry of Health to expedite the draft law amending some provisions of Law No. (8) of 1969 regarding preventive health precautions from communicable diseases and consider it among the priorities.
2: To assign the Ministry of Trade and Industry, in coordination with each of (Ministry of Social Affairs and Community Development, Kuwait Municipality) to implement the appointment reservation system for the entry of consumer cooperative societies during the period of partial curfew in the country.

Furthermore, the cabinet discussed the latest regional and global political developments, where it condemned the recent Houthi attacks on the Kingdom of Saudi Arabia. 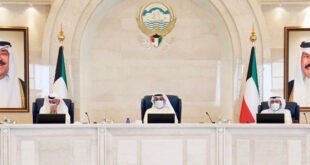 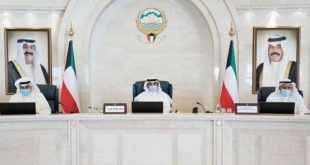 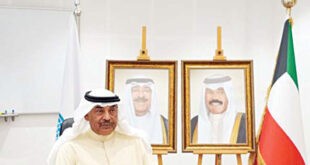 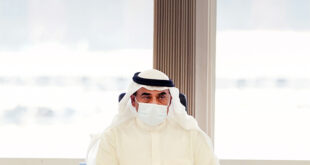 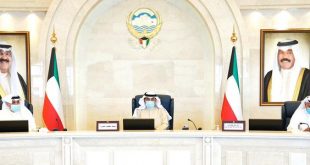