KUWAIT CITY, Feb 29, (KUNA): The Cabinet has assigned the permanent committee of national days’ celebrations to study negative aspects associated with the festivals, with the aim of submitting proposals and solutions to avoid these aspects, and refer them within three months.

This came during the Cabinet’s weekly meeting held on Monday at Seif Palace under the chairmanship of His Highness the Prime Minister Sheikh Jaber Al-Mubarak Al-Hamad Al-Sabah. Deputy Prime Minister and Interior Minister Sheikh Mohammad Al-Khaled Al-Hamad Al-Sabah briefed ministers on the incident of a police patrol which led to a “martyrdom” of policeman Turki Mohammad Al-Enezi and an injury of five others.

The minister told them about initial investigations conducted against the defendant to uncover the circumstances of this “heinous” criminal act which happened during celebration of national days. Sheikh Mohammad Al-Khaled briefed the Cabinet on an arrest of a resident and his wife when they ran over policemen and injured some, said Minister of State for Cabinet Affairs Sheikh Mohammad Abdullah Al-Mubarak Al-Sabah.

The Cabinet expressed its heartfelt condolences to the martyr’s family and wished those injured a speedy recovery. The Cabinet expressed its appreciation to the role of security men in organizing celebrations and maintaining safety of citizens and residents, and to their sacrifices offered for homeland’s sake. Ministers were apprised of a message received by His Highness the Amir Sheikh Sabah Al-Ahmad Al-Jaber Al-Sabah from Saudi Arabia’s King Salman bin Abdulaziz Al Saud, welcoming the Amir to attend the final festival of Exercise “Ra’ad al-Shamal” (North Thunder) and associated air and military parades on the occasion of Kuwaiti armed forces’ participation in the event.

The Cabinet was briefed on two letters sent by His Highness the Amir to US President Barack Obama and Russian President Vladimir Putin, welcoming the UN Security Council Resolution 2268 pertaining to halt hostilities in Syria. His Highness the Amir expressed in the letters that the resolution is a serious step to stop infighting among Syrians, voicing his hope that this would contribute to finding an urgent solution for the Syrian crisis and ending deterioration of humanitarian situations facing Syrians.

Conferees were apprised of a letter received by His Highness the Amir from President Obama, on Kuwait’s national days, the depth of bonds of the two countries, the US’ support for Kuwait’s security and stability and an expansion of bilateral partnership to achieve interests of the two sides. Also in the letter, Obama lauded His Highness the Amir’s big humanitarian role, and called for coordinating efforts of GCC member states to combat terrorism.

His Highness the Prime Minister welcomed Ahmad Khaled Al-Jassar on the occasion of being named as Minister of Electricity and Water, wishing him success in achieving the country’s interest and meeting citizens’ demands in coordination with other ministers. Finally, the Cabinet discussed several reports bearing on the overall political developments in both Arab and international arenas. 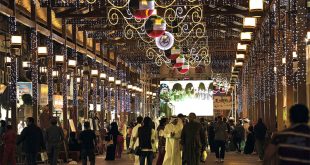 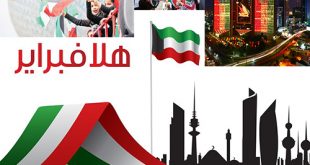 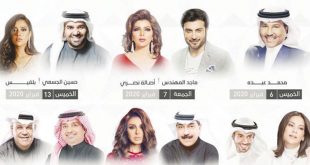