‘Building permits of 18,519 units will not be granted by April end’

KUWAIT CITY, March 20: Public Authority for Housing Welfare (PAHW) has denied the rumor circulating on social media that the second contract for Al-Mutla City has been withdrawn from the contractor, reports Al-Anba daily quoting informed sources.

They clarified that the contract is related to the construction, completion and maintenance of road and infrastructure networks for 18,519 housing units in eight residential neighborhoods. The sources revealed that the last meeting of PAHW on the second contract was on Thursday to clarify the actual number of workers and equipment operating on the project site, adding that nothing else was mentioned during that meeting.

They explained that PAHW is not legally bound by the order to handover the building permits based on priority of the allocation. Rather, the mechanism established in all the projects of the authority is to begin handing over the parts that the contractor has completed.

By the end of next April, PAHW is supposed to receive part of the project from the contractor, but this does not mean the building permits will be directly handed over to the citizens.

Instead, it means PAHW will receive the completed works according to the agreed contract. The authority will later begin inspection of the delivered parts to ensure its completion as per the stipulated conditions, and then hold meetings with Ministry of Electricity and Water, and Kuwait Municipality.

The next thing will be to coordinate with Kuwait Credit Bank for processing the delivery of building permits, which requires a period of time that are not calculated by days but by months. Therefore, it is wrong to believe that citizens will receive the building orders by the end of April. 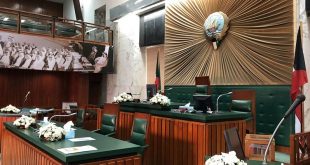 Housing allowance of Kuwaitis delaying in accepting plots will be ‘suspended’

Housing applications cancelled of Kuwaitis who got divorced, have no kids