KUWAIT CITY, May 25: Police have arrested two young women, one of them a Kuwaiti and the other bedoun for stealing from shops in popular commercial complexes in the Farwaniya Governorate, reports Al-Rai daily.

The arrest came after one of the owners of the shop informed the Operations Room of the Ministry of Interior when he suspected the two women of stealing things from the shop.

The women were taken to the Farwaniya Police Station and during investigation they admitted to the charge and also admitted to committing similar robberies. Both women have been detained pending further investigation 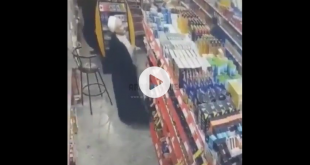