KUWAIT CITY, Sept 1: The Chairman of the Board of Directors of the Kuwait Banks Federation, Sheikh Ahmed Duaij Al-Sabah, said that the banking sector is the largest employer of the national workforce in the private sector, and is the most attractive sector for graduates looking for distinguished job opportunities, reports Al-Rai daily. Al-Sabah added that working in the banking sector contributes to realizing the ambitions of young national cadres, by supporting them in creativity and success, pointing to its contributions to qualifying and training young national cadres, to keep pace with global developments in the banking industry as one of the goals of sustainable development. He added that the banking sector indirectly contributes to raising the degree of employment of national labor, through the role it plays in financing various projects and activities, which provide job opportunities for citizens and raise growth rates in the national economy.

Al-Sabah stressed the great interest that the banking sector attaches to women in general, especially Kuwaiti women, as Kuwaiti women constituted 82.3 percent of the total number of women working in the banking sector, which is 4,953 female workers, representing 37 percent of the total number of workers at the end of December 2021. He noted that women have assumed many senior positions in the banking sector, starting from the level of chief executive, passing through the leadership of various departments and sections, at a time when training programs are provided to empower women and help them advance careers, within the sustainable development goals for gender equality, empowering women and enhancing their role in various fields.

Share
Previous Murders total 225 between ’12 … 2021
Next 15,000 Expats who don’t have source of income deported despite having valid residence 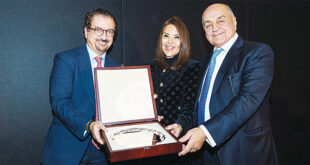