THE HAGUE, Netherlands, Nov 14, (AP): A 17-year-old Bangladeshi boy won the International Children’s Peace Prize on Friday for his work combating cyber-bullying in his country, and he vowed to keep fighting online abuse until it is eradicated. “The fight against cyber-bullying is like a war, and in this war I am a warrior,” Sadat Rahman said after he was handed the prestigious award at a ceremony in The Hague. “If everybody keeps supporting me, then together we will win this battle against cyber-bullying.”

Rahman developed a mobile phone app that provides education about online bullying and a way to report cases after he heard the story of a 15-year-old girl who took her own life as a result of cyber-bullying. “I will not stop until we will receive no more cases through the app,” he said Friday. The award is accompanied by a fund of 100,000 euros ($118,225), which is invested by the KidsRights Foundation in projects that are closely linked to the winner’s work.

Previous high-profile winners of the prize include Pakistani human rights advocate Malala Yousafzai, Swedish climate activist Greta Thunberg and the students who organized the March For Our Lives after the deadly mass shooting at Marjory Stoneman Douglas High School in Parkland, Florida. After Yousafzai won the International Children’s Peace Prize in 2013, she went on to be awarded the Nobel Peace Prize a year later for campaigning for girls to have a universal right to education even after she survived being shot by Taleban militants.

Addressing Friday’s award ceremony via a video link, Yousafzai praised Rahman’s work for contributing to internet safety. “All children have the right to be protected from violence no matter if it is physical or mental, offl ine or online,” she said. “Cyber-bullying is a violation of that right.” 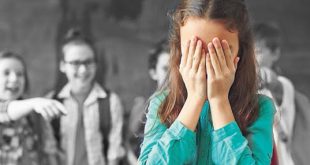