KUWAIT CITY, March 12: Police are looking for an Asian driver who is said to have escaped from his sponsor’s home with jewelry and other valuables worth KD 35,000, reports Al-Rai daily.

A security source said, the victim who is believed to be a police officer, has filed a complaint with a police station in the Capital Governorate. In his complaint the victim said the theft was committed when the family was not at home. Personnel from the Criminal Evidences Department have lifted fingerprints and a travel ban has been slapped against the man.

Meanwhile, police are looking for an unidentified person for stealing the 2018-model pickup wagon of an Egyptian, reports Al-Anba daily. The Egyptian said he left the vehicle in operation in front of a grocery in Mahboula just for a few seconds and went to buy cigarettes and when he came out, the vehicle was gone. 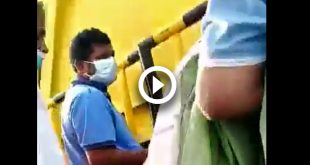