‘We don’t know what category our songs are classified’

KUWAIT CITY, Jan 16: Artiste Muhammad Al-Misbah said since 1998 and to this day, he has been calling on the concerned authorities to renew the Kuwaiti heritage works, “but they do not want to renew and revive their heritage, and today even our songs we do not know under what category are classified, and wondered about Kuwaiti heritage works, reports Al-Rai daily.

He was speaking during the hosting, the day before yesterday “Hadith Monday”, evening which was held under the title ‘Musical Heritage in New Works’, hosted by the Sheikh Jaber Cultural Center and moderated by Dr Ahmed Al-Salhi.

Al-Masbah began the “Hadith of the Two” by noting that he was a resident of Failaka Island, where he grew up during childhood, describing the place as calm, which made him attached to “Failaka” a lot and referred to his artistic beginnings, especially to his first lyrical album, Tamoun, which he launched in 1988.

He went on to say, “There is no doubt that the environment in which I grew up had a great impact on my artistic formation, and I still remember that beautiful life that I lived in the confines of the family and among friends and that affected my artistic life, and my brother Saleh (may God have mercy on him) had a great role in my love for art, especially in the early 1970s, and many arts infl uenced me during that period, including the art of (the Maldives) and religious chants and songs,” and recalled that his late brother was passionate about playing the violin. 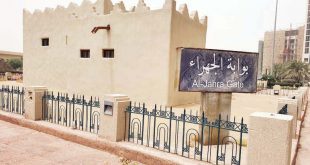 Heritage, culture forgotten I had previously written an article in which I highlighted our negligence of …