LONDON, Oct 22, (AFP): Arsenal went top of the Premier League, but their seven-game winning run came to an end as Middlesbrough secured a goalless draw at the Emirates Stadium on Saturday.

The North London side have gone above Manchester City, who play on Sunday, but are leveled on points with Liverpool, who beat West Bromwich Albion 2-1.

But the Gunners were a touch fortunate to gain even a point in a match where visitors Middlesbrough had arguably the better chances, especially in the first half, and Arsenal were indebted to the performance of goalkeeper Petr Cech.

Arsene Wenger’s side had a rare off day in front of goal as the Arsenal manager suffered disappointment on his 67th birthday.

Arsenal were without two midfielders in Granit Xhaka (suspension) and Santi Cazorla (injury) so Francis Coquelin and Mohamed Elneny both started.

Middlesbrough looked set up to defend and it appeared as if it would be a difficult match for them early on as Arsenal dominated, with the northeast side struggling to get out of their own half.

Mesut Ozil, who had scored a hat-trick in Arsenal’s 6-0 Champions League victory over Ludogorets on Wednesday, shot just over with a free kick before Elneny’s long-range drive narrowly cleared the crossbar.

But from nowhere, Middlesbrough should have taken the lead as Adama Traore’s pace helped him get the better of Laurent Koscielny and go one-on-one with Cech. The Arsenal keeper brilliantly saved before Alvaro Negredo somehow missed the rebound.

Within seconds, Gaston Ramirez hit the bar with a free kick as Arsenal enjoyed another let-off.

Wenger’s side went close with a free-kick of their own as Victor Valdes saved well to keep out Alexis Sanchez’s effort. Middlesbrough, however, continued to create chances with Cech’s acrobatics denying Ramirez from Negredo’s deflected header on.

Arsenal still could have been ahead at the break but Ozil could not quite reach a Theo Walcott cross.

Wenger’s side had a chance to take the lead moments after the restart as Valdes dropped the ball straight at Walcott’s feet, but Ben Gibson was able to clear.

Sanchez then shot wide with another free-kick from 25 yards out while the Chilean was also denied by a fabulous Valdes one-handed save following his powerful shot on the edge of the penalty area.

At the other end, the pace of Traore continued to cause problems and the former Aston Villa forward was denied by another Cech stop after he had got the better of Koscielny.

Shkodran Mustafi was fortunate to stay on the pitch when, after giving the ball away, he hauled down Ramirez but referee Mike Dean made do with just a yellow card.

Arsenal fans were getting frustrated but their side continued to create chances with Walcott feeding Sanchez who shot straight at the keeper.

Wenger then took off a disappointing Alex Iwobi and brought on Lucas Perez in his place, while Alex Oxlade-Chamberlain came on for Elneny.

But the changes appeared to make little difference as Boro continued to defend solidly, with Sanchez unable to reach an Ozil cross from the right.

Walcott could only shoot straight at Valdes after linking up well with Perez down the right and then headed straight at the visiting keeper from another Ozil delivery.

Middlesbrough might have won it late on but it took a brilliant saving challenge from Koscielny to foil Negredo, who appeared to have broken clear.

Arsenal’s disappointing day was completed deep into stoppage time as Oxlade-Chamberlain’s cross was turned into Middlesbrough’s goal by Ozil only for an offside flag to cut short the Gunners’ celebrations. 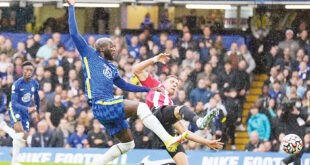 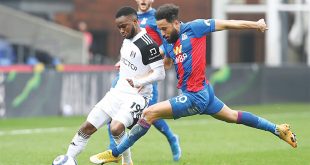 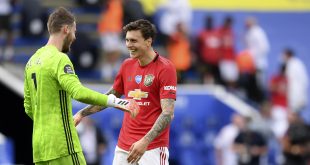 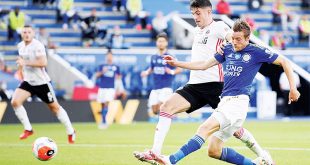